The 'Now' namespace for RSS

Just before bed last night I had a flood of inspiration following on from the /updates page and Bix's idea of followable /now pages. With RSS being my preferred method of distribution I thought about how this could be achieved.

Introducing the 'Now' namespace for RSS

After initially reading Robin Sloan's proposal for the Spring '83 protocol 1 I suggested that RSS feeds could have "a 'block' that shows under certain circumstances". This, combined with the new 'updates' view for /reader, gave me the idea of creating a namespace (itself inspired by the /now page) to specify the elements required for such a block.

The namespace is documented on the site here or on GitHub (feel free to comment by creating an issue). The (channel level) elements defined are:

The source of update for the 'block' can be anything, not just a /now page; I am using the contents of /now as a proof of concept. When the RSS feed is built it pulls in the contents of the now page from the database.

As an example, the information in my feed is consumed in /updates after having modified the feed parser library to support the namespace elements. It looks as below: 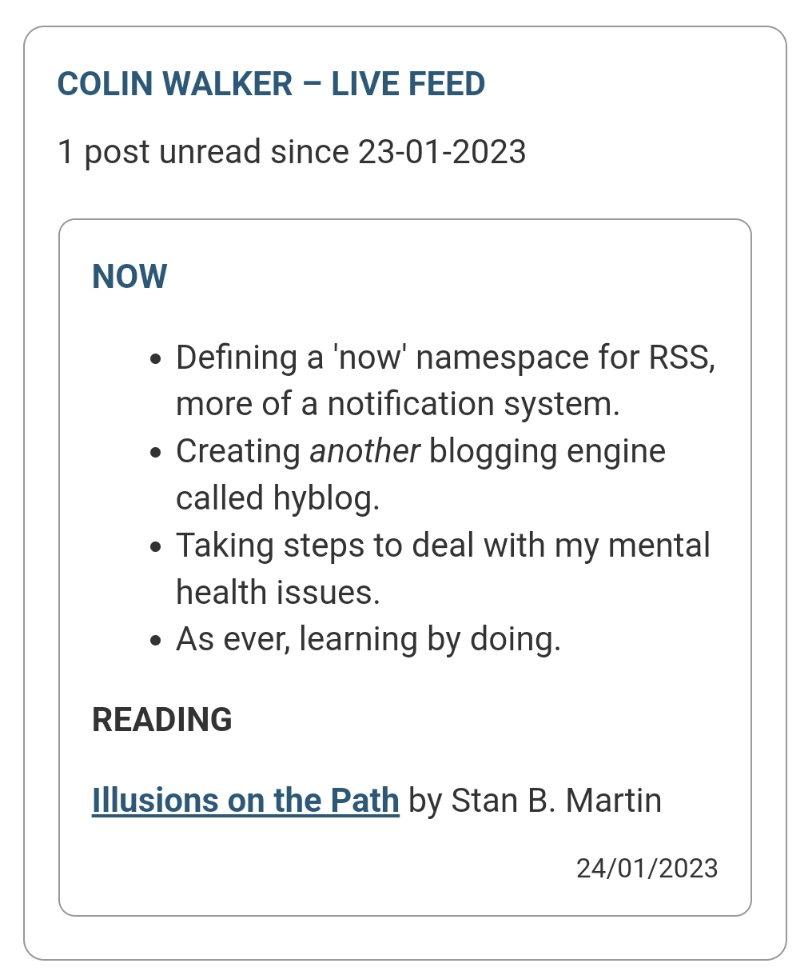 Comments? Suggestions? Is this a viable means of making 'now-like' updates shareable and followable?

Editing the feed parser might have broken automatic feed polling after rssCloud notification. Something to look at tomorrow.