Are the calls for federated social networks realistic? 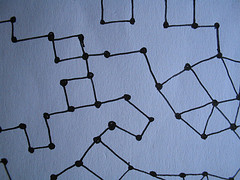 Some topics never die, they just take a back seat waiting for an opportunity to return to the fore. The call for federated social networks is one of the big ones. Outages, privacy concerns and hamstringing developers with new API rules have all caused the subject to resurface but are the calls realistic?

Having social networks where we can communicate without any single, monolithic company being in control of our data is a great idea - perhaps a utopian ideal - but could they become reality and effectively scale up to millions of users?

Those behind the push for are generally coming from a vocal minority - the tech savvy - and are not the general populace. Is Joe Public concerned about data portability? Do they even know what it is?

People understand email and sms: simple point-to-point interactions. People understand monolithic social networks: create an account and can talk to anyone else with an account - write once, broadcast many (or all) People may not understand federated networks "talk here - seen there (and there, and there)".

There is an explicit trust with current social networks, we sign up an account and trust the provider not to use those details for nefarious means. The sheer scale of the most popular sites and services tends to indicate to users that those sites can be trusted and there will no consideration otherwise.

The Electronic Frontier Foundation published "An Introduction to the Federated Social Network" which explains that rather than giving our details to one company we can give them to our choice of a selection of "profile providers" or even self host as the social software would be open source.

How many people would actually self host their own server (or node)? Not many will either know how to, have the means to or even want the hassle of doing so which means they still have to give their details to someone; it's just that this someone may be a smaller entity than the current networks and, consequently, may be less accountable than a company like Twitter or Facebook.

The current larger networks are now relied upon by millions including mainstream media organisations, local authorities and government departments and have an obligation to their users. I would argue that our data is safer in the hands of the big players than in those of a multitude of smaller outfits who may come and go as they please as nodes in a distributed network. How do we determine that these "nodes" are reliable?

If federated social software is open source and can be installed by anyone there is a larger scope for variance, people modifying the code - potentially even planting malware. We, therefore, have an issue of who will police any such network and ensure that all the contributing providers are playing by the rules and are fully compatible.

I don't pretend to understand how the technology behind a federated network would work but once user numbers grow we will undoubtedly run into capacity issues. Unlike a monolithic network, those capacity issues will be felt by a multitude of providers. Depending on how the technology fits together we could be looking at hundreds of databases, thousands of connections, with any node at risk of failure at any time cutting all those hosted there out of the conversation.

We could face immense data replication issues and potentially lose the immediacy we currently enjoy with a one-stop shop. Remember net-splits in IRC?

The social web is now big business and the major players are looking for more ways to be profitable. Millions of users distributed across multiple providers poses a significant challenge and the initial good intentions of those providers will fade once the costs involved start mounting up. Who is going to pay?

Once the sordid topic of coin is introduced it is inevitable that providers are going to be protective over their estate and this is perfectly understandable. They are not going to want to share revenue generating opportunities which may lead to a discrepancy in the way providers handle the data they hold.

While I believe that we need greater flexibility with our data that flexibility may come at a price we are not prepared to pay.

Our offline lives are a mixture of explicit and implicit social graphs; it's not a case of one or the other, they co-exist and sometimes even overlap.

Our explicit graph is composed of our family and friends while implicit graphs are everywhere and we pass through them constantly throughout our day.

The iPhone and Android application Color has really kick started the discussion around this subject. While it may not have launched to the best reviews it points to an interesting future: removing our reliance on online social graphs in favour of more organic connections based on our circumstances

The biggest issue Color, and any other similar network faces, is getting the number of people using it to a tipping point where it becomes worthwhile. 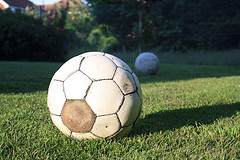 In life we become part of implicit social circles without even realising that is what they are. Football fans on the terraces have been doing implicit social graph for years, coming together in one place for a specific purpose and interacting for the duration of that event. The graph then dissolves after the final whistle when everyone goes their own separate ways.

On the commute to work regular travellers sitting in the same seats every day talk to each other forming an implicit graph for the duration of the journey. Even while at work people thrown together based on their jobs - a slightly more permanent and repeated implicit graph but one nonetheless.

Could existing social networks such as Twitter and Facebook add an implicit mode? Believe it or not, our usage of these services already operates implicitly right alongside our more traditional, explicit use.

Sport, elections, natural disasters - any time we search on twitter for a specific hashtag we are entering in to an implicit social graph. We use Twitter in different ways for different purposes. Those same football fans may come together online rather than at the game.

I have a saved Twitter search for the hashtag #saintsfc which I use to watch for updates and talk to other fans when Southampton Football Club are playing. The fans join together for a short period due to a shared interest and return to their usual timelines after the match but this type of graph is recreated in a similar form at the next game.

The talk of implicit social graphs ties in with the ongoing discussion over online identity; just as in real life we don't deal with everyone the same way based on the circumstances. While an explicit graph is structured and familiar and we may feel comfortable with specific boundaries it does not accurately reflect our lives.

There has been discussion as to whether services like Color could steal some of the thunder from the main social players but does this have to be the case? Could existing social networks build implicit graphs into their current frameworks?

Facebook already has elements of the implicit graph; take checking in with Places, for example: as well as registering your own status you are advised who else is "here now". As I have already mentioned, hashtags are the basis for implicit graphs.

Could the networks build on this and created threaded conversations?

Instead of just checking in to a location or event could you not check in to a timeline for that event? Instead of searching for a hashtag why not subscribe to a separate timeline for that topic outside of the normal public timeline. Just as with Twitter @ replies that don't show to all your followers those tweets/status updates from the implicit graphs could be hidden from the public timeline - self-contained mini networks.

Twitter and Facebook already have the one thing that Color does not: a large number of users, by utilising these implicit social graphs could become a success.

The social web is still evolving and we may have just seen where it will grow next.

[...] implicit graphs, sometimes there needs to be a conversion from the implicit to the explicit graph. Colin Walker talks about this in reference to sporting events and other interest-based interactions: Repeated interactions within [...]

[...] implicit graphs, sometimes there needs to be a conversion from the implicit to the explicit graph. Colin Walker talks about this in reference to sporting events and other interest-based interactions: Repeated interactions within [...]