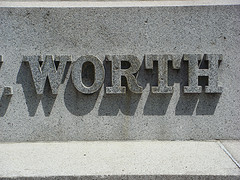 Whether you believe it or not a lot of the current talk centres around whether we are in a new tech bubble. The photo sharing app Color gets $41 million in funding and valuations for social apps are going through the roof.

Recent trade in Twitter shares placed the company at a valuation of $7.7 billion which is an astounding figure and, according to most, far in excess of the actual company worth.

Value is not just monetary; value is the benefit we derive from the service, our experience when using it and how it enables us to achieve other goals.

The service is now more akin to a utility and has been invaluable in elections, revolutions and in the aftermath of natural disasters. It is at the forefront of disseminating news quickly and efficiently with the added spin of the personal touch - the news is crowdsourced in real-time.

How can we possibly place a monetary value on that? It has become priceless.

Could we do without Twitter? Probably, but things wouldn't be the same. Its over-riding simplicity and ease of access are key. The decision to maintain focus on mobile usage, tweeting via SMS and to resist the temptation to expand beyond 140 characters must be applauded.

This ease of use has kept us loyal to the platform, just think of the way we have stuck with twitter through thick and thin - through all the down times and problems, fail whale and all. This is when calls for federated networks first took hold and when many threatened to leave. Other micro-blogging services were poised to jump in to Twitter's shoes but they disappeared as quickly as they arrived, unable to gain traction even when they were functionally more advanced.

Why should this be? Why should we have stuck so adamantly with an - at the time - failing service?

Afraid of the jump

Unlike a platform war (PC v Mac, iPhone v Android) changing your social network is more complicated. It's not just a case of changing your applications - which in many cases are the same - but have to migrate your connections, your social circle. If users left Twitter en masse a couple of years ago there would be no guarantee that all of your circle moved to the same alternative. For all our bluster we were afraid to move and, luckily, it paid off.