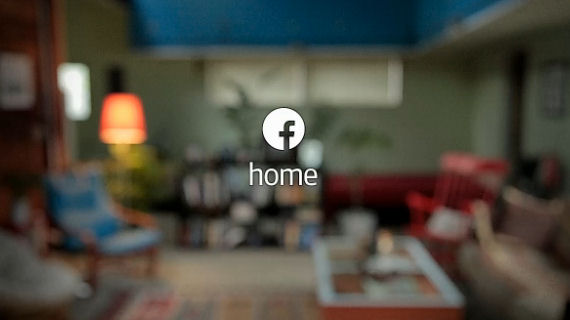 After watching the Facebook Home announcement I was instantly enamoured with the concept of people not apps, of content not containers, but after a few hours was left with one thought: is Home the future of Facebook?

While I am not a big Facebook user I am fascinated by the principles of network science so the company interests me because it displays the most obvious adherence to these principles both in structure and terminology. Networks are about people and the connections we make with those people rather than the means of that connection.

In this context Facebook Home seems a logical next step.

Mark Zuckerberg stated in his presentation that they had been trying to make Facebook a "mobile first" company. Mobile is leading the way, whether it be smartphones or tablets so it seems probable that innovations in the mobile arena will find their way to the desktop - indeed, this has been happening in some areas for a while.

Whilst currently only available on certain Android handsets, Facebook Home will be available on tablets in later iterations so it will be interesting to see how Facebook uses the extra screen real estate and then translates the experience to the browser.

The web is becoming increasingly visual and Home is the epitome of this: no chrome, no visible apps, just content. If our experience should be viewed according to people why do we need pages and layouts and menus? Just give us content and let us interact.

Based on a logical progression are we looking at the future of Facebook on the web? Are we heading for a time when the news feed is replaced by a version of cover flow? Or our time line? Perhaps both.

Coverflow is the social equivalent of sitting back and watching the world go by - a Flipboard for Facebook. And as Home was described as the best version of Facebook yet by Zuckerberg it could follow that the concepts behind it might be applied across the board, across platforms.

Moving the focus from apps to people is not a surprise; the surprise is that it's taken a social network this long to implement something like this.

Three years ago I stated that relationships are the real social currency and social networks will do everything they can to utilise those connections between individuals and brands. Basing social interactions around people rather than the mechanisms we use to connect seems natural if networks are going to mine the data we generate.

By using Home to concentrate on those relationships that are most important to us Facebook will also be able to improve the effectiveness (and perceived effectiveness) of Graph Search.

I have long been a proponent of a unified social inbox where we just deal with people irrespective of, and independent from, the means of communication.

Chatheads combines Facebook messaging and SMS just as iMessage combines texts and data messaging. Google is reportedly combining its various messaging tools into Babble (or Babel) and future iterations of Android will no doubt combine this with SMS in the same manner as Home.

Whilst Home is strictly Facebook (although further notifications are incorporated on phones built using the Facebook Home Project) it might just serve as the catalyst we need for a more unified social experience with other developers taking both functional and design cues from the social giant.

Home may be the future of Facebook but might we also see a shift such that people, rather than apps, are the global future of social?

Much has already been written about the new redesign for the Facebook News Feed (and I have purposefully tried to avoid most of it) including the inevitable comparisons to Google+ but that is only natural - Plus is constantly compared to Facebook after all.

I have said a number of times about how products and services will gravitate towards the "social norm" because of trends and customer expectations. Facebook says that the new look is following current trends for cleaner apps and a more visually appealing approach so, to call the new News Feed a Google+ clone is too short-sighted.

Just as with individuals, products and services are influenced both by competitors and current prevailing themes; when writing about social influence recently I stated:

For products and services conformity means adapting to current fashions and the whims of your customers; since the rise of services such as Instagram and Pinterest the fashion has been for an increasingly visual web resulting in images and videos taking priority over the written word.

Competitors constantly influence each other - Google+ recently rolled out new profile pages with larger cover photos, for example, just as Facebook, Twitter and App.Net have all done before.

Rather than just copy Google+ (a service currently in the ascendancy) Facebook has taken a leaf from Twitter's book in designing a simplified and unified experience. Twitter sought to make the core user experience with its network across all platforms as consistent as possible and Facebook has followed suit whilst realising that a "mobile look" is cleaner than the existing web site.

Despite redesigning both desktop and mobile versions of its service a number of times Google has not yet achieved parity between them with key functionality not being available for smartphones or tablets - the mobile versions also differ between platforms (iOS and Android) and devices (phones or tablets) giving rise to a sometimes frustrating and fractured experience.

In such a competitive sector as social it is inevitable that services will respond to trends and consumer demands in an attempt to maintain a high user base - frequently this means becoming more like a dominant competitor. Conforming to social norms creates a degree of homogeneity with periods of innovation being short-lived.

This time it is Facebook playing catch up, next time it will be Twitter or Google or someone else seeking to be in vogue or meet consumer demands.