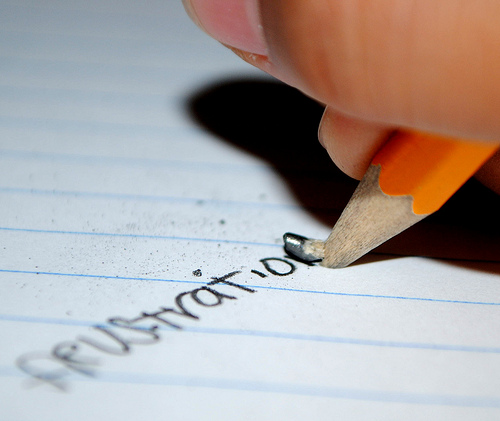 The internet, much like fashion, goes in cycles with themes re-emerging from obscurity. One such theme that never seems to go away is that bloggers, developers and technologists lament the passing of the good old days.

This post has been floating around in draft for over two years and originally came over as a bitter moan about small bloggers (read myself) finding it hard to get both the audience and recognition they deserved when crafting ideas months - sometimes even years - before one of the tech blogging powerhouses turns up to take all the credit for a similar post.

While it was hard to publish such a post back then, the movement by some established names to criticise the current state of the web makes it much easier to voice frustration without seeming like a petulant child complaining when the other kids get all the toys.

The web we lost

This critical movement largely began with a post from Anil Dash entitled "The Web We Lost" detailing the rise of "social" and how it is lauded as a huge win for all. Anil's complaint, however, is that this success came at a price with the value only really passed on to the networks rather than the citizens of the web as a whole.

The growth of social networks created data silos and API restrictions and the openness of the web decreased once money and business became increasingly important factors.

Now, it cannot be denied that the rise of mainstream social has made for a more connected world but the chief complaint is often that the quality of those connections is deteriorating as we become saturated with more information (due to the barriers of entry being removed) and the demands on our attention becoming unrealistic.

This is not a new thing.

In a 2008 post called "The social media time crisis" I wrote that connections to a group of bloggers who would regularly examine, analyse and reply to each others posts were what "online communication is all about" but that the increasing time spent consuming the deluge of small status updates was becoming overbearing.

Back in April 2011, blogger Ian M Rountree wrote "What Happened to Blog Reactions?" asking where were the "high caliber blog engagement actions" that we used to see. My response was "Is social killing conversation, or have we just found other ways to talk?" but are these other ways necessarily better for us?

More recently the idea of "lowest possible engagement" has come to represent much of what ails the social web: Likes, retweets, +1s - throwaway actions which have become the mainstay of our social interaction often at the expense of more meaningful responses.

Where people used to visit blogs and leave genuinely thoughtful comments or even write a response on their own blog the propensity is now to "plus one and run" at the site of the social share rather than at the original post itself.

Our self-imposed attention problems brought on by trying to follow too many people on too many social networks demand that we head for the easy solutions, the curated lists or groups, the bite size chunks of news in an attempt to consume as much in as short a time with the least effort as possible.

The focus on consumption leaves us with little or no time for reflection, response or even creation.

If it was hard for a small blogger to gain audience and recognition a few years ago then, with the increasing dominance of "old media style" blogging sites, it has become exponentially harder today and the real catalyst for finally publishing (a version of) this came in the form of a post from Jon Mitchell - staff writer for ReadWrite (formerly ReadWriteWeb) entitled "How to save blogging from itself."

Despite working for a publication which is accused of "shovel-blogging" (piling endless, mainly low quality posts in front of an audience for the revenue page views and advertising generate) criticises the move of blogging and social towards "mass media" - including his own employer:

"every single second of the day is an opportunity to mediate someone. That's mediate as a verb meaning "to inundate with media," in case that wasn't clear. Attention is scarce. Communicators and entertainers are in an arms race to spend effort and money capturing attention. If your message isn't more useful or fun than everything else when it reaches its recipient, it was a waste of your time. So news, entertainment, marketing, all of it goes for the lowest-hanging fruit. Welcome to the downward spiral of making shit for the Internet."

So blogging, like engagement, is heading for the lowest common denominator of sensationalism and the irony is that Jon had to publish probably the best thing he has written in a while on his own blog in relative obscurity while soulless news is reported to the masses elsewhere.

The blogging companies are selling out, mirroring their struggling mainstream media owners and failing their readers but opportunities for solo bloggers to shake up the market are virtually non-existent. The so-called "6 figure bloggers" got in early and filled all the slots; you have to be extremely lucky or play the corporate game and become another slave to the pile 'em high, sell 'em cheap school of "journalism".

If things are this hard why do we write? Because we have a passion, because we feel that we have something to say or contribute, because we want to communicate.

We may not be able to rebuild the web we lost without those holding the purse strings being brave and taking risks but how do we at least make a web where the little guy can get an audience and be recognised for their contribution?

Writing in obscurity - Island in the Net says:

[...] The focus on consumption leaves us with little or no time for reflection, response or even creation.Colin Walker [...]