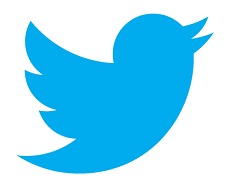 Twitter acknowledges that around 40% of its users do not tweet - they are consumers and must still be catered for; the company also needs to find a way to encourage them to interact further.

The writing has been on the wall for change for over 18 months.

It is widely accepted that Twitter is not for everyone but this may be a limitation of the timeline format. Perhaps it is time for a bit of a shake-up - they call themselves a consumption company now after all.

By placing an emphasis on content over people Twitter is making moves in a new direction which could encourage users to tweet and I feel that we will see the #discover tab iterate relatively quickly to facilitate this.

Enabling people to comment on stories rather than reply to individual users or tweets Twitter may be able to kick-start the transition from being just consumers.

Summify’s ability to filter your feed and pull out the salient items would be an ideal way of enhancing the #discover tab by presenting more personalised news based on your own network rather than a generic list from trending topics.

The feed is dead Now that our feed is predominantly awash in a sea of links it is not a very inviting place. Perhaps the time has come for Twitter to move away from this means of display and instead use a new enhanced #discover tab as the primary view when arriving at the site.

Could Twitter actually become a place where we “consume” news first and talk about it after? Is this too radical a shift from the service we all know and love or is it a logical conclusion based on recent events?

But now, Dalton Caldwell (co-founder of App.net) has proclaimed that Twitter is pivoting:

The Discover tab is the future. Rather than forcing normal users to make sense of a realtime stream, they can see what content is trending.

The main reason that “normal users” would write messages is as a backchannel to discuss media events such as the Olympics, Election Coverage, or a new television show.

Dalton is arguing that Twitter will complete its move away from being a social network to an information/media company - the idea is the same but the message is very different.

Where I have argued that Twitter needs to change to better facilitate content discovery in an age where the feed is a sea of noise Dalton suggests that Twitter is abandoning its roots (and consequently its users) in a thinly veiled attempt to further promote App.net.

He asks "how is Twitter going to pull off their mid-flight pivot?" but I have already answered: by making #discover the primary view. The feed will still be there but the average consumer will be watching a media channel.

Sometimes it's hard being a small voice thinking no one can hear you, especially when a big voice stands up to say the same thing 18 months later (albeit with an ulterior motive) and the world takes notice.

[...] continues to iterate become more personalised as it caters to the 40 percent and I still maintain that, in future, it will become the default view – the official face of [...]

[...] the #discover tab could become the default view thus enabling the service to further engage the silent 40%. The site has been growing but whether this growth is sustainable with the status quo might be open [...]