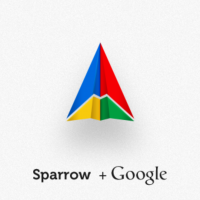 Rather than rewrite full posts, here are a few recent items that have been posted on Google+.

The news that Google acquired the Mac and iOS mail application Sparrow caused a mixed reaction with many feeling let down, or even betrayed, by the company for selling up considering the news that the app will not receive any new features and, effectively, be left out to pasture.

Stepping away from any sense of entitlement and consternation I asked:

What are the implications of Google acquiring Sparrow?

In response to the news that Twitter is once again changing the rules around using its API the app.net developer network is being re-purposed as a possible "paid alternative to Twitter" with a real-time API and full support for third-party developers. Would such a network gain traction and would it be able to support itself?

If you haven’t already done so, check them out and have your say.