Is social losing its soul?

Is social taking a wrong turn in the fight for popularity? Are we focusing on the mechanics rather than the connections? 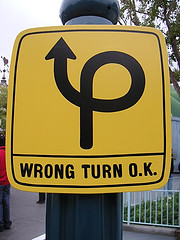 Social is big business and it was always inevitable that networks and third parties would monetise - initially for survival and then for profit. As consumers who do not pay a fee for using these services we accept that advertising and in-game purchases are a requirement to keep the networks free.

Realizing this, we cannot accuse social networks of selling out, as businesses they need to sustain themselves and turn a profit to keep the shareholders happy. We can, however, reproach ourselves.

The fight for popularity

We first joined social networks as a way to connect with others - to be able to communicate with like-minded individuals in a way that we previously couldn't. Social networks greatly lowered the barriers to entry and allowed anyone to get involved with a minimum of fuss.

Times have changed and we have the pressures of network versus network, social influence scoring and everything has morphed into an online popularity contest.

The gamification of our online lives, with the number of followers and influence ratings, is a hook into the competitive nature of our psyche and many succumb to the traps in ever more desperate attempts to stay popular.

Blogs prey on our insecurities by repeatedly reminding us of the best time to post in order to get more shares and comments and what type of content is more likely to be shared.

Pressure is applied from all angles for us all to become facsimiles and, were we all to follow the offered advice, social would become periods saturated with homogenized content separated by dead zones where no-one wants to post for fear of getting no interaction.

The ease with which social networks and blogging allow us to publish our thoughts is both a blessing and a curse. Technology means that we are now always connected and, in many cases, we feel obliged to use that connection but unless you are a brand or someone like Scoble, whose job is to be at the forefront of tech, then social doesn't have to be this 24/7 mill stone hanging round our necks.

In the fight for popularity we have largely forgotten why we came to social media and need to regain some perspective.

As average users we should not have rules about when to post, what to post, how to write killer headlines and whether it is good form to write a thousand words or just a brief snippet. Social is in danger of losing its personality.

Slaves to our egos

The social web is not referred to as the "egosphere" for nothing, we are pandering to our own egos online.

It is flattering to have thousands of followers talking about your content - after all the saying goes: don't read your press, weigh it - but when we concentrate more on the dynamics of getting followers than talking to the ones we have then something is wrong.

We need to take a step back and reassess what we do and why we do it.

The ability to interact at any time with our smartphones so that we can say what we like when we like is a marvel of the modern age and this is exactly how it should be used.

Being able to connect with our friends regardless of what we are doing was what excited me about Google re-entering the social space - not that we would have yet another social network but there would be a social layer connecting our actions meaning that we could interact with our existing social circles without being tied to a single destination.

This has yet to materialise.

Instead, perhaps out of necessity for Google, the focus has been on linking the social layer to its primary product: search.

The emphasis has shifted away from our connections and social is rapidly becoming little more than a way to boost visibility, enhance SEO and generate that all important Google Juice.

Forget gaming the system, forget pulling tricks to boost interaction at the expense of the content or experience. It's time to put the 'social' back in the social web.

With Twitter to soon welcome its 500 millionth account is it time for the service to change to better reflect its new purpose? 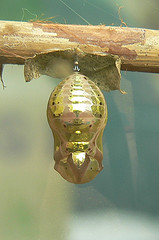 Despite our best efforts to cling to the past we must finally concede that Twitter is no longer a social network - or that aspect at least now plays second fiddle. It feels as though the service is caught between two ideals - stuck in transition like a butterfly stuck in its chrysalis.

The company has positioned Twitter as an information network but many still think of it as social. We must wonder if this will be a barrier to its progression as a service?

There have been a number of changes such as the #discover tab which promote the idea of it being a place to find things but, conversely, you also get the mixed message of @connect which aims to improve our social experience; each tab is equally visible but @connect is listed first - not the action you would expect.

Admittedly, any change has to be gradual in order to keep us along for the ride but change must come.

For twitter to be taken seriously in its new, self-styled role I think it needs to move away from the feed driven beast we have all known for the past 6 years.

#discover was a bold move as it was a departure from the status quo. I have said previously that the acquisition of Summify was a perfect opportunity to really enhance this by making it more personal (especially with SPYW getting a lot of attention). Twitter needs to step up to the plate and make this happen. Rather than getting standard "stories" or location-based trends our experience should be better tailored to our own usage:

Combine personalised information with key trending topics and you would have a powerful tool to keep people coming back to the service.

The feed is dead

Now that our feed is predominantly awash in a sea of links it is not a very inviting place. Perhaps the time has come for Twitter to move away from this means of display and instead use a new enhanced #discover tab as the primary view when arriving at the site.

I wrote in March last year that Twitter could go beyond the hashtag and use a form of channels to better facilitate topic based discussion. With a main news view this might be a perfect time to make such a move. With increasing usage of Twitter to discuss trending topics, sports events and "Social TV" we could be approaching the time when conversation on Twitter will occur away from the primary view and be mainly based on what we discover?

Could Twitter actually become a place where we "consume" news first and talk about it after? Is this too radical a shift from the service we all know and love or is it a logical conclusion based on recent events?

newspapers will be a thing of the past soon. its like snail mail for news

I think we should'nt dwell on what twitter has become, we should respect it as it is following the obvious trend. With 500 million active accounts its doing something right!!