People Will Overlook Google Plus In Favour Of Other Networks. 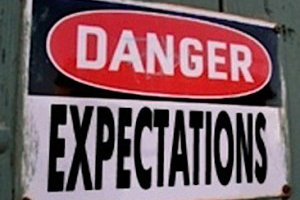 This post originally appeared at Media Tapper but now that the site is no longer live I have included the full post here.

Shortly after Google+ launched as an invite only beta, I asked if Google+ met the expectations set for it after months and months of speculation as to what Google’s next social offering would be.

Rumours circulated about a social network called google.me, there was talk of Loops and Circles, an idea that it would all be called "+1" and the theory that Google would not do a network and launch a social layer instead. Now, Google.me is actually Google's page in Montenegro and Loops never saw the light of day but Circles and +1s were part of the plans, just not in the way that was anticipated.

It was envisaged that no-one could create a new social network and compete with the likes of Facebook (and possibly even Twitter) so the radical idea of a social layer gained a lot of traction; instead of focusing all our efforts into one location they would instead be spread across a range of services with our Google profiles being the glue that held them all together - an aggregator if you will.

We live in social times

It is now over 6 months since launch and Google's latest quarterly figures show it has breached the 90 million user mark but we are not clear on the level of engagement of those users; we do not, however, expect 100% usage on any network. 90 million users signed up in 6 months is no small achievement and makes Plus the fastest growing network but is this only to be expected?

Friendster and MySpace may have preceded Facebook and Twitter but the latter networks really popularised the social revolution, still they didn't have it easy. A lack of social awareness and an even bigger lack of understanding what it was for meant initial slow growth. Google+ has the advantage of being launched into an already socialised society so uptake was bound to be faster with those bored or unhappy with their current network giving it a try. People are far more socially engaged and looking for new online experiences.

Our expectations were initially formed from our time using the existing social networks at the time - Facebook and Twitter taught us how these services should run so we combined this experience with what limited information was coming from Google. Expectations change over time as the functionality alters and we hear more of Google's plans but are these expectations being met and, if not, effectively managed?

The major distinction between Google+ and other networks is the social layer - a level of interaction which will extend across all Google services - with our profiles at its heart. Integrating Plus with all Google services is obviously going to take time due to the complexities involved from both a technological perspective and with the different levels of authentication supported by Google across its applications (anonymous, pseudonymous and authenticated).

We so far have YouTube, Picasa and some Blogger integration but everything currently feeds in to Plus, not both ways. The social layer is currently geared towards feeding the Plus monster as it gets ever hungrier rather than bolstering other applications within the Google ecosystem. Perhaps this will change but at present it is all a bit one-sided - this expectation is definitely not being managed.

As I have said repeatedly elsewhere, a true social layer would allow for the flow of information back and forth from the individual service and the social network with comments shared between the two; in fact, a true social layer would mean we need never actually visit the social network itself but still be an active contributor. This may be the ultimate goal be we still seem a long way off.

Ironically, Search was the big missing component at launch and Google advised they were working on it but didn't want to release anything before it was ready. When it did arrive, however, it was certainly worth the wait and is currently about the best "in network search" to date. While our expectations have certainly been met (and even exceeded) the lack of information and communication around the subject certainly meant that they were not managed with users left in the dark without so much as a note to say Google were still working on it.

The inclusion of Google+ results in the standard Google search has been met with mixed reviews; from a literal search perspective it could be seen as a retrograde step which reduces the quality of Google's core product and goes against the initial promise to its users of unbiased results.

Looking just from the perspective of Plus, however, Google has achieved what no other social network could - effectively combining social search with a premier Internet search engine. While it may not be to everyone's tastes and runs the risk of an antitrust investigation, due to Google's virtual monopoly on search in many markets, it is a truly effective means of finding content from your Circles as it relates to "normal web" queries.

The ability to "ask your friends" takes this one step further with us being able to crowd-source an answer from our Circles if we are unable to find what we are looking for or, indeed, want more opinion on any given topic. This has the potential to become a "Q&A+" feature, populating G+ with answers to questions on any topic users may care to ask, which in turn will further enhance social search results. If answers receive +1s we could then establish an answer grading system with the most votes equating to the best answer - just as elsewhere on the web.

We may have been initially disappointed but search as it relates to Google+ has gone beyond what any of us could have envisaged in the early days.

Before the actual appearance of Google+ the company was making minor inroads into their new social approach laying the groundwork for the launch of its social network. The revised profiles to act as a central focal point and the +1 button spreading across millions of sites gave Google a solid foundation on which to build.

With the launch we entered a situation where identical terminology meant different things depending on whether we were in or outside the network. Whilst the +1 button acted as an affirmation, a thumbs up regardless of where it was used its actual purpose differed. A +1 on a third-party website not only served as a positive expression but also, according to reports, would serve to enhance that sites listing in search results. In addition to this core behaviour all your +1s are listed on the tab in your Plus profile, if enabled, almost like bookmarks.

Initially, a +1 within the social network acted purely as the positive expression, to show you liked the item, but there the similarities ended. There was no record and they had no further effect. Search+ has, in effect, served to bring together the two sides of the +1 spectrum as the popularity of items within Plus will aid their ranking in social search. There is still, however, a disconnect which is yet to be resolved.

A personal expectation would be for +1s to become more useful as a form of social bookmarking but, to be truly useful, would require a means of tagging posts or pages across both the web and Google+. This could be achieved via an option on the +1 button itself but that would only reduce the simplicity of the act.

My kingdom for an API

One area around which there are many expectations is the API as was reinforced when I asked my Circles their thoughts. +Daniel Baines replied "the api is being built after the product when the product should have been built on the api which would mean google could offer a very flexible and powerful one for developers" (my emphasis)

Certain aspects of the API have been opened up but as read only with no word as to whether write access will be given or in what context. It is understandable, and appreciated, that Google would not want us importing our feeds from other networks, everything we post is done with an explicit intent and items without context are of little value, but so much more could be done with it.

The lack of communication appears to be a consistent issue across the board but perhaps we are too demanding considering it is still a young product and Google will, no doubt, want to be keeping a few secrets close to its chest.

The kids are alright

Google+ stands apart in having a minimum age of 18 for membership whereas other networks are predominantly fixed at 13. Now that Google are being aggressive in pushing for greater user numbers (all new Google accounts automatically signed up for Google+ - as long as you are 18) it would make sense for the age requirement to now be dropped allowing for a large section of Google's user base to participate. Teens are large users of YouTube and would undoubtedly share a lot of content with their Circles and be regular users thus bolstering the daily usage stats.

A friend of our eldest daughter was dismayed that Google would be sunsetting Picnik but, being under 18, she is unable to join Google+ to use its replacement. Not only is Google preventing teens from using Google+ but, by sunsetting other applications, it also risks alienating them as customers by removing the services they do use.

As mentioned above, communication about the product appears to be one of the major failings with Google+. There appears to be little user education to really explain to people why they should be using Plus instead of a rival network.

+Andrea Riva advised that mixed messages were contributing to him making a definitive opinion on the network (although he is generally positive about where it is heading). He states:

Give me a reason

Google+ has already come a long way and is a well established product. Whilst technically still in beta you would not know it if you were new to the service and didn't know its history. However, Google can automatically add as many people as it wants to its social network but, without a compelling reason to use it and sufficient end-user education, people are going to overlook Plus in favour of other networks.