Are social networks a threat to the internet?

The continuing expansion of social networks is a growing concern as they find new ways to entice and retain users. Consequently, they can no longer slip under the radar of the authorities. 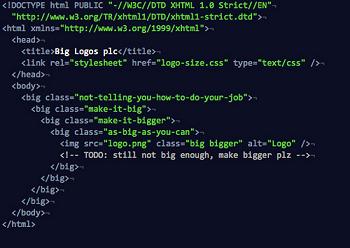 Around 18 months ago I questioned if social platforms such as Facebook and Twitter would "become the next Microsoft" by which I meant that they could grow so large as to be virtual monopolies with all the associated risks for potential abuse of that position.

Since then we have had continued efforts from Twitter to reclaim its ecosystem by incorporating functionality made popular by third-party tools and clients. The company has even purchased TweetDeck, the most popular third-party client around, seemingly just as a way of preventing UberMedia from getting their hands on it.

Facebook is ever controversial and continually uncoils its tentacles, extending them further into the 'normal web'.

Facebook Connect and Comments allowed us to use one identity in myriad locations enabling the social network to learn our habits and the relationships between who we know, what we do and where we go. The open graph will now permit us to 'watch' and 'eat' rather than just Like and it will all feed back to the mothership just like our listening habits from Spotify and our reading habits from publications such as the Washington Post.

"Can we envisage a time when a social platform is large enough to attract the attention of the authorities for anti-competitive behaviour? Will we see complaints from one service against another or will complaints come from outside the social web as other areas start to feel threatened as social platforms look for new areas to expand to beyond their traditional domains?"

It looks as though that time has arrived.

All the time social networks stayed firmly pigeon-holed the rest of the web was fine with these upstarts gobbling up the spare time of web users; going beyond this remit, however, meant problems were bound to occur sooner or later.

Facebook is now huge but, being largely self-contained, has mainly had to contend with privacy issues until recently when the site Timelines.com decided to sue the social behemoth (whether rightly or not) over the use of the name "Timeline" for its new look profile.

The Timelines action could well be the first of many as social networks seek to continue their growth the trend will be towards offering more widespread functionality in an attempt to attract new sign ups and retain existing users - without them advertisers will not be willing to pile in the funds required to keep services alive.

As well as an actual threat does size carry the risk of perceived threat? Even if a particular network or feature is not actually a threat  how many instances might we see where another service is sufficiently threatened that they the need for a pre-emptive strike to reduce an unproven risk?

A phoenix from the flames

Google has had a number of failed forays into the social space but long recognised the need to get involved or get left behind. People are getting more of their information from social networks thus reducing the need for traditional search; why Google something and spend time going through the results when you can have your friends do the work for you. There are always some in a rush to please in the great online popularity contest that is social media.

Google+ is a success, that cannot be argued, and the burgeoning user numbers suggest that it may soon catch Twitter. The approach to link the social network into all aspects of the Google ecosystem is an obvious ploy to increase the rate at which people sign up. On its own this appears not to have caused concern amongst competitors - presumably as it is linking in to Google's own offerings. The problems began when Google+ was combined with search by "Search Plus Your World" causing anti-competitive objections to be raised from a competitor (Twitter) and beyond.

It has been conjectured that, as Google will have an awareness of exactly what it can expect to get away with, Search+ could be a calculated risk designed to force the FTC's hand and prompt an investigation into Facebook's practices of locking down data. By a logical extension, however, it would not be such a huge leap for this to pave the way for a full investigation into all social networks and how they operate?

A new era for the web

We have reached social saturation point and the age of personalisation is now upon us. All must accept that it will only become ever more prevalent; innovation must not be at the expense of competition but social networks must not be stifled. They will  need to tread on egg shells and regulators will need to maintain a sense of perspective but the potential is enormous.