How Google’s Search Plus Will Impact SEO And Why It Matters.

How Google’s Search Plus Will Impact SEO And Why It Matters.

This post originally appeared on Media Tapper but now that the site is no longer live I have included the full post below: 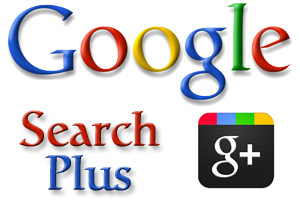 Controversy aside, social search is here to stay so it is better to embrace it early rather than get left behind.

The social landscape had largely stagnated during 2011; while there were new products launching they were predominantly mobile or fringe offerings having little bearing on the dominance of the triumvirate of Facebook, Twitter and LinkedIn.

Despite there being an air of caution due to Google's previous ventures into social, the launch of Google+ reinvigorated the market. Obvious comparisons were made with many asking if this could finally be a "Facebook killer".

The plan to incorporate Plus into all aspects of the Google ecosystem (Google+ is Google) serves to give the new kid on the social block a fighting chance as it aims to shift the focus away from an individual destination and distribute our activity across a range of independent activities.

Search plus Your World

Social search has been with us for a while with Google previously offering a fairly basic form and also a real-time solution was pulled when the deal to access Twitter content ended. Microsoft has deals with Facebook and Twitter and still supplies social results on a separate page to the main results on Bing.

Now, however, Google has introduced Search plus Your World (referred to by most as Search+) to a mixture of fanfare and criticism; when logged in with a Google account the new service provides personalised results by default based on the contents of your social circles.

I will not touch on the ensuing arguments in this post but certain parties are unhappy to say the least at the move which appears to grossly favour Google's social network over its competition in search engine results pages (SERPs).

Since going live, Google+ has been hailed by some as a replacement for blogging - a view not universally countenanced but the argument for creating content directly in the social stream where most interaction occurs is quite strong. Now, with the integration of these social signals in to Search+ some are, perhaps, getting ahead of themselves proclaiming the combination as the future of the web.

Search+ has created a huge ripple, even if only by notoriety, but is a long way from changing the search paradigm - for all - for good.

Out with the old?

Google+ is still in its infancy; the number of accounts created (never mind active users) is small compared to all those with some form of Google account so there is a lot of work needed to teach users from elsewhere in the Google ecosystem the value of Plus. Obviously, Search+ is an attempt at doing so but will it work?

We do not know how many users will follow the prompt to sign up with Plus to enhance their social search experience but each one that does increases the importance of social search. Brands must, therefore, be waiting for them.

Still, the number of users who are actually signed in to Google when conducting a search is a fraction of the total with Google themselves stating the figure to be around 10%, for the rest social search will play no part.

Consequently, standard Search Engine Optimisation (SEO) is as important as ever and the key will be learning to work with both forms of search. Page rank, inbound links and other metrics cannot be abandoned in favour of a healthy social graph as the social graph, in this context, has little relevance to a large proportion of web users.

The challenge for SEO practitioners, who are already proficient at their craft, will be to achieve success within social results so that the influence of the social graph does not override the traditional signal whilst also effectively managing social profiles to provide the best possible return.

Social search is here to stay

If Google's new search offering is investigated and found to be anti-competitive the company will no doubt forced to rework its algorithms and use data from its previous social graph along with accounts we attach to Plus to more prominently display user profiles and information from other networks. It does not need access to feeds or know our relationships to do this.

Google+ people and pages, however, will still be returned by Search+ and, as Google has intended all along, force us to take notice of their social offering. It will become imperative that Brands have a Plus page in order to maximise their potential in social search.

A new wave of social SEO will develop with brands (and individuals) needing to work harder on the contents of their social profiles and pages. The "related people and pages" section on SERPs will become a new battleground where individuals and brands try to win the popularity contest and be featured in results. Unfortunately, this is currently flawed.

The suggested user feature needs to be more dynamic throughout Plus and not show us a "most popular" list regardless of our own social graph and existing connections. Inactive accounts should not be recommended at any stage and - much to Google's chagrin - a connected profile from another network should take priority if it is more popular and more active but we will have to wait and see if any changes occur here.

Unfortunately, just as black hat tactics are used to improve SEO so social profiles will be abused by some in an attempt to game the system and make accounts appear more popular than is actually the case (the use of blanket follows rather than targeted "friending" for instance). The relevance of connections within their social graph and the content shared will be more important than ever and those abusing the system will be ranked down just as they would in non-personalised results.

Whether or not you like the idea of social influence advocated by services such as Klout and Kred the mainstream arrival of social search has thrust it to the fore and must now be taken into consideration by marketers. Our relationships are the true social currency and more brands will be keen to use social networks and search to identify key influencers in their field.

While these services cannot measure true influence they can collate the interactions we are having on social networks and these will correlate with the items presented on our social SERPs.

It is widely stated in business that you "can't manage what you can't measure" - Klout, for example, admits they can only give credit "for the influence we can see" so defines influence by what it can pull from APIs either publicly or with our permission via linked accounts.

Google, via Plus, will have a distinct advantage as it will have access to public information from other networks, our relationships via the social graph and all of our activity within Google+ to call on so may be able to calculate influence more accurately than a third-party.

While an external service can record the number of shares, retweets or likes the social network owner can go one better and also record data like click-throughs which could be a better mark of influence as it is a tally of physical response to calls to action rather than blind re-shares by "social groupies".

Time to get started

Marketers must seize the opportunity to target this new approach and incorporate it into their strategy. Social SEO will not replace the conventional kind but, working in tandem, they will afford a competitive advantage to those that grasp the nettle early.

So, what are you waiting for?