Is Google+ really breaking the internet?

Google’s Direction With Plus Could Be Self Destructive.

This first appeared at Media Tapper but since the site is no longer live I include the whole post below: 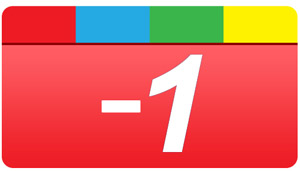 Google+ is growing both in users and visits but, as the new kid on the social block, is still seeking to establish itself and aims to do so by extending beyond the normal realm of the social network. But, is the move going too far and does Google indeed risk messing up the internet?

Jon Mitchell over at ReadWriteWeb stirred up a hornet's nest and potentially committed what amounts to Google+ suicide by speaking out against the direction the social rising star is taking. Chief among Jon's complaints is that:

as Google ships "the Google part" of its new Google+ identity, it's breaking the Web it once helped build.

The +1 button and our Google+ shares and posts all seek to influence Google's main search results; what used to be purely based on page rank is now been replaced by recommendations from our social circles and, for some, this seems a retrograde step. When logged in with a Google account our search results will now all differ based on the activity of our online connections. Social search is the end of straight SEO as we all knew it but is it right?

Google+ is essentially creating social SEO - and I personally haven't got a problem with that - but it seems that, on occasion, the priorities are wrong. Jon describes an issue that I have also experienced, and I'm sure we are not alone, where searching for a specific item by name that you yourself have authored appears way down the list of results beneath re-shares, quotes and links. Common sense would dictate that when searching for a particular item using your own name, when logged in as yourself, then your own post would be the first result but Google appears to be incorporating influence and popularity whether we like it or not.

As search is all about rank then, again, common sense would suggest that items from the most influential people and those with most shares or +1s etc. will rise to the top so, on the face of it, social search is behaving as designed; the design, however, would seem flawed. In an ideal world an original item should always be returned before those that are derivative.

I have long been an advocate for social search but can see both sides in the argument for its use. Google has been doing a lot of work to ensure that results are fresh and you can see the logic behind wanting to ensure that the results are most relevant to you but is the social element having too much of an impact at the expense of "normal" results?

Should we have the option of choice? Do we want to see social results or unaffected results? If we choose social results how far do we want the social influence to affect them? Should we be forced to accept weighting based on the entire population of Google+ or only our closest "friends"?

Google+ is founded on the belief that we should interact and share online in a similar manner to real life using Circles to separate our contacts into related groups. When seeking advice offline we do not stand on a street corner and shout our question to all passers by - instead we choose targeted individuals, often family or friends. By Google's own argument we should be able to specify what circles we want to influence our results; if any.

Plus has its faults

I am by no means a Plus apologist and will call out the service when needed but I can see why Google are taking this approach; the bottom line is purely to extend Google's reach into our lives. You can't really blame them for this as they are up against the mighty Facebook for advertising dollars - everything is a means to an end.

My main concern is that as the social layer expands it will cause problems with other Google services due to the three modes of authentication employed by Google across its ecosystem (anonymous, pseudonymous and authenticated). Google have said that that they will support pseudonyms in future but it is going to be a long hard road to integrate "everything Google" under the Plus umbrella without putting at least some noses out of joint. The search giant cannot afford to alienate a large proportion of its users because of issues with identity.

Plus has the promise of being wide reaching and allowing us to be social even when not at the social network but the difficulties of creating the social layer may mean that we end up with an incomplete product and an interrupted dream.

Even before Plus the similarities between Google and Facebook were obvious: both offering a similar range of services but with the latter grouping them all within a single closed environment. Although the two companies are in the market for advertising dollars because they operated in different spheres they were not in direct competition - Plus changed that.

Integration of Plus into other services and by way of social search could be seen as creating an artificial silo, albeit more open than the competition but a silo nonetheless where our data is used to better target us as consumers regardless of where or how it is entered. The different social networks may suit individuals in different ways but, to an extent, they are competing for data to better understand their users - how they get that data is the new social battleground.

Sites like Plus suffer by experimenting in public; sometimes they get it right, other times not. It is still early days and we won't know the full effect until some flesh is added to the bones but Google must listen to its users and act where needed as the best feedback is often the most negative.

Living in the social web we forget that there is a whole web beyond the realms of Google, Facebook, Twitter and the blogosphere. Google may change the way social operates, alienate users and even potentially cause some to defect to other search engines but it will not “mess up the internet”. If anything, Google’s direction with Plus could be self destructive forcing us to change the way work and the tools we utilise; it will be inconvenient but we will be forced to adjust just as we did when we flocked to Google from Yahoo and Alta Vista.

A company can only target the users it has so Google will no doubt tweak its efforts to ensure it has as large a user base as possible.

A great discussion about this post can be found on Google+ here: