Sides are being taken in the argument over Google+ usage but do the numbers involved really matter at this stage? Not as much as you'd think. 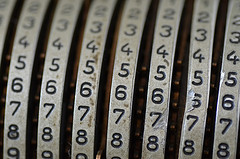 A lot is being made of Google+ user numbers and traffic fluctuations with obvious comparisons being made to the social behemoth that is Facebook.

It is an achievement that the service has passed 40 million accounts in such a short space of time but naysayers are pointing out that these are just sign-ups and not active users; still, even if only a percentage of sign-ups are active this doesn't actually matter at this point and still exhibits a reasonably healthy interest in the service.

We know that Plus is going to be part of everything that is Google - entwined through the very fabric of our experience; Larry Page has emphasised the point in this quarter's earnings report:

"we’ve shipped the +, and now we’re going to ship the Google part."

In other words we have the social network element and now it will be tied together with the social layer side which also helps to flesh out the identity service. We have the bait now here comes the hook.
The social networking component of Plus is just part of the whole and we are really only seeing the curious using it. Because of this holistic approach Google is not setting itself up as direct competition for Facebook and we should get away from any such comparisons.

Once the social layer has been integrated into other Google services we have a huge potential catchment - anyone who uses a Google Service and has a Google account is a potential Google+ user.

There was a large potential user base for Buzz (anyone who used Gmail) but the privacy fiasco and failure to market the service effectively ruined any chance it had from the very outset. It was a nice idea to have a captive audience but, ultimately, the fact that Buzz was solely contained within Gmail was a major failing.

Some lessons have been learnt from Buzz - our existing contacts are suggested to us for inclusion in Circles rather than being automatically added - but it remains to be seen if Google accounts will automatically convert or - as is the case with YouTube at present - an account needs to be linked to, or permissioned for, Plus.

Privacy advocates will no doubt cry foul if all Google accounts are automatically enabled for Plus but if you haven't set up your profile and added anyone to circles then there should be no issue as long as items from your existing services don't go public by default. Even so, accounts will mostly likely need to be enabled manually to avoid any potential privacy arguments.

After launching the social layer Google's problem will be convincing the masses that they should use the social aspects the service provides. There will have to be sufficient marketing and adequate communication in simple terms that the average user can understand - the benefits should be well outlined.

Back in April I suggested that our Google profile should have both a public and a private view - the private view could be our destination and include private data. Google+ user Marcin Cisewicz suggested that perhaps iGoogle could be dropped in favour of a new Plus landing page displayed for each logged in user: your services at a glance and an ideal opportunity to advertise the service. I like the idea but perhaps it is more likely the current page would be redesigned to make use of the social layer rather than being replaced.

If the process of getting users to enable Plus is handled correctly then numbers will not be an issue. Google does not have to persuade people to use a social network it just has to extol the virtues of sharing your content and interacting with the shared items of others; many people already share things with their friends and family by email and even more go to another social service - they just need to be convinced that sharing directly from the source is easier. Users may not access Plus directly but will still be taking advantage of its social capabilities.

Android may well be a key factor in the push for Plus; just as iOS5 now boasts Twitter integration so Android needs to have full Google+ integration to make life easy. We already have instant upload for images but if you can simply share with just a couple of taps there is little need to go elsewhere.

What do you think?

How will Google best encourage the masses to use the social layer?