The 3 models of social and the Google disconnect.

Social is always changing, technology changes, but do people change? Have they altered the way they interact or is any change merely a result of the opportunities afforded us by the technology itself.

Brad Feld recently talked about the differences in the way we deal with our social circles depending on whether the network uses the friend or the follower model.

There are, in fact, three models that we can apply to social:

Facebook gives us the best known example of the friending model where we explicitly say "I know this person" - but this has now been extended to I know of this person due to the proliferation of online relationships rather than the real world friendships which formed the original core of Facebook. Friending is synchronous; both sides must sign up for the connection.

The follow model is mostly associated with Twitter - and now Google+ - and allows us to subscribe to the updates of anyone whether we know them or not and without need for acknowledgement by the person we wish to follow. A more fluid arrangement.

What is a friend?

Social media has diluted the word "friend" to the point where it is now an all-encompassing term for any of our social connections - perhaps it is the wrong word. We are all familiar with its meaning in offline life but this gets lost in translation when moved to an online environment.

John Whittingdale MP - the chair of the Culture, Media and Sport Committee here in the UK has been criticised for being Facebook "friends" with Rebekah Brooks (ex News of the World editor) among others implicated in the current phone hacking scandal.

When asked about this during a radio interview he remarked that being a friend with someone on Facebook these days doesn't actually mean that you are their real life friend. A very true statement these days. While we have to acknowledge someone as being a friend we all (both requestor and acceptor) treat Facebook's friending system as a glorified following system, as Brad mentions in his post.

Times, and social practices, have changed since Facebook was used to just keep in contact with friends and family but is it the fault of those of users requesting to be a friend, those accepting these requests (should we be more rigid in who we friend) or is the act of "friending" itself now outdated?

Facebook will tell us that the friending system create improved relationships and that Facebook Groups are a better environment than Google+'s circles as everyone in the group knows everyone else but is this really the case? Questions are being asked as to whether the "friending" system still has a place in social or whether we should only operate on a "following" basis?

On the other hand, does friending have certain merits when it comes to controlling our social environment and who can see our updates? Should other networks employ a mixed following/friending system to indicate differing degrees of interaction depending on our relationships with certain individuals?

In addition to the basic Circles structure in Google+ would we see any benefit from core Circles, such as Friends and Family, introducing such an extra layer of permissions that general followers don't have?

Managing our social interactions by the use of an "interest graph" seems frequently overlooked with little facility to actively discover useful content based on any given subject or topic. Any focus on interests seems to be as an afterthought.

When Twitter rebranded itself it proclaimed that we should follow our interests but we are offered only searching for people based on those interests and the use of hashtags (which are open to abuse and spam as highlighted by Robert Scoble) to find what we are looking for.

Facebook tries to create a structure around interests with Pages. We can Like a page based on a particular topic in order to receive updates and can see who else like it but interaction tends to be minimal for some reason. Conversations do not seem to grow in this environment. Pages are permanent and structured and there is still no ability to enter into topic based discussions on ad hoc basis.

Everywhere we look there is no real focus on the interest graph as distinct from our friend or follower graphs. Things have to change for use to make better use of social. Google+ may have given us greater control over how we share content with different groups but these groups are still explicitly defined. 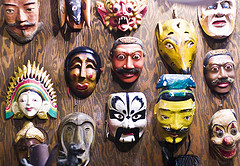 Admittedly, it is early days for Google+ having only seen the light of day for a few weeks and (despite the impressive 10 million+ member count) still being in "invite only" field test but there is still a lot of work to so which Larry Page alluded to in his quarterly results briefing.

There is currently a big disconnect between Google+ and other areas of the organisation which needs to be rectified: +1's on Plus and off for example - called the same thing but currently performing quite different functions.

The question, therefore, remains: how do we categorise both ourselves and our content? 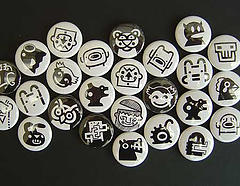 Google has announced that its News users can earn "badges" based on the level of their consumption by topic - the more you read the better the badge. This has, perhaps understandably, not gone down too well amongst a socially savvy crowd who are seeking a more refined approach to advertising their interests in order to connect with like-minded individuals; the gamification of news in this manner does not address this. We do not live in Google News but, in fact, take our sources from all over the web, from social networks, RSS feeds and traditional media.

Current discussions around the social web have suggested a few options:

Hashtags could be an obvious choice, they are well-known and widely used on Twitter and are currently being advocated on Google+ by the likes of Chris Messina who originally proposed the idea. Jeff Jarvis has argued that implementing hashtags on Google+ would take the given topic "cross-platform" using a convention with which most of us are already familiar; extending the power of the tag and enabling us to tie in threads from multiple sources.

This would be great for users but, due to the incredibly close tie-in with Twitter, may not be an ideal choice as far as Google are concerned. This close tie-in implies a reliance on Twitter and Google are, therefore, unlikely to want to adopt hashtags as an official standard but, instead, adopt some of their own (perhaps already existing) terminology.

Labels are already in use within Gmail and we are well versed in using them to categorise the contents of our inboxes. As Google are already planning greater integration of Google+ and Gmail perhaps using labels as a means of identifying the subject matter within Plus itself and other services.

Badges are already well-known from services such as Foursquare so Google would apparently be taking advantage of this familiarity. The primary complaint about badges within Google News is that they are imposed upon you based upon your consumption rather than being chosen by the individual.

Badges could not only promote our interests but also be used to tag the content within our posts and maybe, as we consume content, further badges could be suggested to us based upon that consumption but not automatically applied.

Again, badges are largely associated with other services so may not be the best choice if Google is looking to distinguish itself from those other services. Labels could, therefore, be the most sensible suggestion as they are the one term that is already intrinsically linked to an existing Google product.

Whether it's +1's, badges or labels Google must resolve the disconnect between Google+ and their other services. As more service are brought in to the Plus methodology any ambiguity in definitions or behaviour must be removed so that using any given function in any service performs the same action with the same end result. Only then can Google's social "project" be deemed a true success.

Images by Thomas Hawk & What What