Google and social - ever decreasing circles? 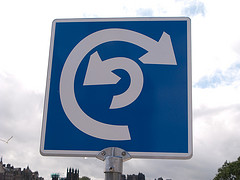 When it comes to the world of social media one thing guaranteed to start a discussion is rumor, true or otherwise, of any move by Google to don its gloves and step in to the ring. Google Me, social layers, redesigned Google Profiles and now Google Circles have all set tongues waging.

Google lives in a constant state of denial as any attempt to add social functionality to its existing services is heralded as the possible arrival of the next great social network designed to go toe-to-toe with Facebook.

Facebook is without a doubt the undisputed heavyweight champion of social and will - unless there are drastic changes - remain undefeated.

Recent figures show that despite a very high awareness of Twitter in the US (as high as 92%) the actual adoption rate is relatively low with only 9%. If an established service such as this should be have such a low conversion rate from awareness to adoption it does not bode well for any new challenger to the title.

We must be realistic and accept that any new network will not threaten Facebook and take years to grow to any appreciable size. Gaining traction is a slow process as it is painful for the end-user to migrate their circle of friends to another service.

It is, therefore, no wonder that the focus of Google's efforts appear to be with adding social features to their existing products and the first major step in this direction is the recent redesign of the Profile.

In May of last year I wrote:

"I feel that, with some careful work, Google could build on its Profile system and integrate the services you use into one coherent offering despite them being independent applications. If you only use a single app then great, that’s all you are shown but for those using multiple services everything would be held in one place – a tab for each. Keeping each of Google’s services independent is a distinct advantage in my opinion."

They have taken the first step by adding a Picasa tab - hopefully there is more to follow.

Within the space of a day Google Circles went from "imminent release" to "it exists but will be released later" to "a social extension of existing services". The impact of Circles seemed to be decreasing hourly.

It would probably be foolhardy for Google to launch a brand new network when a significant hurdle is public confidence. There have been so many social false starts that people are loath to invest their time and social connections in a service for fear of it being just another pet project that gets abandoned when Google are bored with it.

While Orkut has succeeded in markets such as Brazil and India it was dismissed as a failure elsewhere due, in part, to very poor site performance. Google Wave seemed like a tool looking for a purpose and was quickly killed - most people just couldn't find a use case for it. Buzz seemed a natural successor to Friendfeed but was hampered by initial privacy concerns and by being constrained within Gmail.

It would, therefore, be logical to see Google Circles as a social layer rather than a separate product and as the natural extension of work that has been ongoing for some time. In August last year, Google announced Groups for Orkut which enabled you to interact with different groups of friends for different scenarios - work colleagues, college friends, family etc.

As part of the Google Me and +1 rumours group functionality morphed into what was known as Loops. By creating smaller, more manageable groups of friends you would be able to keep specific social circles "in the loop". Both Loops and Orkut groups are obvious precursors to the rumoured "Social Circles" functionality which Google has so far only admitted to being a research project.

This post on the Orkut Blog gives a good overview of the type of functionality we could expect to see which would provide Profiles with a much-needed boost to their abilities.

If Google Profiles become a social hub incorporating your activity in other services then it could be reasonable to assume that, as they grow and become more useful, they could become a type of social network by default. Rather than specifically launch a product Google could morph Profiles to fit the predominate use case.

Google could enter the business of running a successful social network via the back door.