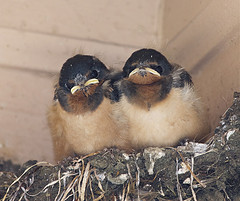 The web is already filled with the recent news that Evan Williams is being replaced by Dick Costolo as CEO of Twitter which could well herald a new era for the self-described news & consumption network. Since his arrival, Costolo has been behind a lot of the current plans to increase revenue and now the target for that new era is to build Twitter into an effective, self sufficient and profitable company.

I suggested last week that those in charge might be too close to the product to really get the best out of the business and it would appear that the powers that be at Twitter feel the same way with Williams now moving on to focus on product strategy leaving Costolo in control of the business side. Costolo has already confirmed that Twitter is not for sale.

Things are changing with the imminent arrival of targeted advertising and promoted accounts but that is no doubt only the beginning; things are bound to go further with the possibility of selling space in #newtwitter's right hand pane - the web version of prime real estate up for auction.

Advertising on Twitter is bound to become a lot more prevalent, invasive and unavoidable so it will be interesting to see if this has an impact on the number of users jumping out to third party clients or, perhaps, leaving the service altogether. The client option may not, however, be an entirely safe haven as the likes of promoted tweets are due to be heading in that direction.

If Twitter is to allow targeted advertising based on who you follow then this must be done carefully and correctly so as to avoid any privacy concerns that may arise. Twitter must strive, at all costs, to avoid any comparisons to the controversial Beacon system employed by Facebook. There may not have been a backlash against #newtwitter, mainly because the new design is a genuine improvement, but you can be assured that any suggestion of improper use of the new possibilities providied by the updated site will cause an uproar.

The question many will now be asking is: how else can Twitter monetise the service?

Other possibilities could include 'wrapper ads' around video media in the right hand pane, a tactic many sites already employ, but it would depend how far they wanted to go. The problem with something like this would be that it removes the immediacy that is inherent in Twitter and so may frustrate users.

Could a 'freemium' model possibly be adopted where users pay a monthly premium for an ad-free version much like that which many forums adopt? While studies may have shown that people would not pay for using Twitter I would suggest that a number could be persuaded to change their minds depending on the amount of advertising they were exposed to and how it impacts their use of the service.

On a daily basis, Twitter continues to become an increasingly important part of online life both from a personal and business perspective and I don't doubt there are many who would be willing to part with a small monthly premium to use the service without distraction.

Whatever the possible options for successfully monetising the service Twitter must tread very carefully or risk alienating the user base. What is patently obvious, however, is that Twitter must be allowed to spread its wings and fly the nest of original ideals when money didn't matter.

Tweets that mention » Twitter: the bird must fly the nest. -- Topsy.com says: