Is Google Me a concept and not a network? 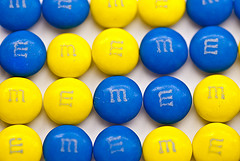 Googles CEO, Eric Schmidt could have finally announced news a lot of us have been waiting for: Google Me will be released in to the wild this autumn - almost. At the Google Zeitgeist conference he stated "We're trying to take Google's core poducts and add a social component," and by "knowing more about who your friends are, we can provide more tailored recommendations. Search quality can get better."

Reading in to what he said, it is implied that, rather than being a social network in its own right, Google Me will be a concerted drive to add "social layers" to existing products.

Google has been slammed in the past for its slap-dash approach to the social web; it seems as though the left hand doesn't know what the right hand is doing with different products all having differing solutions to achieve a similar end. Mahendra illustrates this perfectly when he describes Google's "Mess of Multiple Social Graphs".

One graph to rule them all

A multi-faceted approach cannot continue; we cannot hold multiple lists of "friends" in multiple Google based locations and expect everything to play nicely together. Instead, there must be one central social graph which pulls in all of your contact information into a single location with the ability to filter and group based on purpose.

As I have previously said, the Google Profile is an ideal starting point or landing page.

We have already seen the seeds of this behaviour with GMail, Google Buzz and the subsequent integration in to Google Reader. Being a subset of GMail, Buzz obviously shares the contacts list and then the inclusion of your Buzz contacts into the list of people followed in Google Reader is the beginnings of a social recommendation engine but it does not yet go far enough.

It is probably wise for Google to build on their existing strengths rather than try to build a competitor to Facebook or twitter. Instead of joining an all-encompassing network which tries to be everything to everyone you could use whichever of those services you need to. I wrote back in May:

"Google could build on its Profile system and integrate the services you use into one coherent offering despite them being independent applications. If you only use a single app then great, that’s all you are shown but for those using multiple services everything would be held in one place – a tab for each. Keeping each of Google’s services independent is a distinct advantage in my opinion."

Rather than being a dedicated social network Google.me could be the landing page I mentioned above, an aggregator of sorts for your Google services where you can manage your social circle. This inner circle would then be combined with your wider social connections from other services such as already employed for Social Search.

While a new network to directly challenge Facebook might be an enticing prospect, by extending existing products Google is able to drip feed its users with social functionality in the applications they already use; there is no need to prise people away from Facebook, Twitter et al. Millions already use search, Picasa, You Tube, GMail, etc. and a functionality upgrade is much easier to digest that a whole new product.

So, even though Schmidt may not have explicitly ruled out a standalone social product perhaps  it's for the best if it doesn't happen.

Tweets that mention Is Google Me a concept and not a network? -- Topsy.com says: