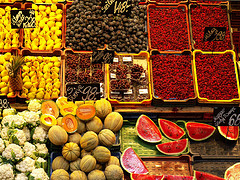 I read with interest an article by Dan Schawbel over at the Personal Branding Blog which claimes that Twitter is now dead as a marketing platform.

His reasoning is that as the number of users on Twitter increases and we all start following more people your tweets will get lost among the noise.

Dan defines a marketing platform as "a mass communication tool that allows you convert subscribers (readers/fans) into leads" but goes on to say "It’s not about brand awareness or customer support".

In the book "Principles of Marketing" marketing is described as "a social and managerial process by which individuals and groups obtain what they need and want though creating and exchanging products and value with others" but in a business context it involves "building profitable, value-laden exchange relationships with customers".

It is interesting to note both the words "social" and "relationships" in those definitions. So, to say Marketing is just the process of converting an audience member to a customer is so narrow-minded.

It would appear Dan views marketing as merely the sales pitch but the social web is not, in and of itself, an advertising platform and the usual rules about the promotion of your business or product do not directly apply.

Businesses should not be trying to push their products via these avenues so should not be seeking the best way to market a product via social channels. By creating a relationship with their customers they will instead develop a feeling of trust which itself will lead to initial sales and repeat business.

Simply bombarding potential customers with what amounts to advertisements will not work.

Dan's article advises moving away from Twitter to "higher conversion platforms" but the thinking is all wrong. A social marketing strategy should encompass as many avenues as possible and be consistent across all of them. Abandoning any given communication channel is to be avoided, especially in these times when we have more choice about how we interact than ever. There are those who do not have a Facebook account or those who will not sign up to mail shots.

There are more Twitter users than ever and the take up is growing at a fantastic rate. As 50% of users are no more than four "friends" away and nearly everyone is covered by 5 steps it is easy to see that word of mouth reports of good customer service etc. can travel far and wide very quickly.

It was argued that "promoted tweets" would be unpopular with a much higher proportion of negative feedback on Twitter following their announcement. This was, however, based on a sample population of only 14 people - hardly conclusive proof. The same query from Twitter Sentiment - at the time of writing - showed a swing to a positive response but with still only a sample population of 38.

When conducting a brand search in Google you expect the results to be ordered by relevance with the primary site for that brand at the top of the list. It makes sense, therefore, that a similar search on Twitter would result in a tweet from that brand (albeit a promoted one) appearing at the top of the results here - how can people have too much of an issue with this?

The social web should be full of people connecting, communicating and contributing - not products, pitching and pressurising; we need to keep the balance and indirect marketing is far more effective in these channels. Word of mouth has already been mentioned but also consider building brand loyalty though openness and approachability as well as conversion via engagement.

Twitter could now be developing into just the right place for enagagement with the proposed functionality of Annotated tweets. Having the ability to embed more into a simple tweet can only serve to enhance the experience.

As part of a comprehensive, consistent social marketing campaign Twitter can be a very important tool in building those all important relationships with customers (both existing and potential) providing you are willing to put in a bit of effort (10 to 20 tweets a day will not be a sufficient investment). Ignore it to your detriment.

Tweets that mention Is Twitter really dead as a marketing platform? -- Topsy.com says:

Is Twitter really dead as a marketing platform? Help says:

The online world regarding marketing and advertising is quite new as well as alarming to an old guy. I'm understand the best way to employ sites like tweets and myspace in terms of marketing a local company. We have read a great deal but i nevertheless don't believe We have progressed to a point of complete understanding just what exactly should be done as well as how.