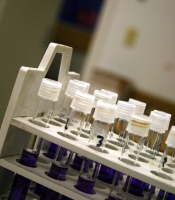 With all the talk about early adopters and whether they help or hurt a service I decided to conduct an experiment and try to shed my geek hat for a while and become your average Joe user in order to see what utility I could achieve from my service de choix: FriendFeed.

The aim of the experiment was to sign up a fresh account, completely unrelated to my normal login which would not be subscribed to any of the usual people I converse with on the web. I would then pick some topics of interest outside of the social media sphere and see where the conversation took me.

The obvious concern, as also expressed by others, was whether I would be able to change my mindset and truly behave like a "regular person next door".

Rather than create an entire new identity (having other services that I can import in to FriendFeed) I decided that a good place to start would be to use FriendFeed as a search engine to see what information was being shared about one of my favourite topics: football (that's soccer not American) and, more specifically, Southampton Football Club.

A quick search - after taking a little time to look at the Advanced options - revealed a couple of account sharing some Southampton related items as part of generic football and sport feeds - subscribed. Ten minutes in and everything seemed to be going well. Next up - some searches about psychology and sociology. Again, there were plenty of 'hits' and plenty of items being shared - as there were for a number of other searches - but...

And this is a big but!

Unlike Sir Mix-a-lot I'm afraid I don't like big buts, big buts normally mean something not going to plan and this was certainly the case here.

While there is far more be posted on FriendFeed than social media it is evident that social media seems to be the only thing consistently 'discussed' and talked about in any depth. Maybe it is the nature of the beast but there is a massive usage difference between those who communicate as a way of life (social media mavens) and those who just USE the tools to chat to their friends.

Do a FriendFeed search on any topic you like that's not related to social media - go on, I'll wait. You'll find that the vast majority of items returned (even on searches for current hot topics like Obama) have very few likes or comments. It seems that a lot of other people are using FriendFeed purely as an aggregator rather than a communication tool - in my opinion they are missing out!

The everyday crowd appear to be focused on doing whatever it is they do at the source (Twitter, Flickr, etc.) rather than within the confines of FriendFeed. They may be talking about things just as much as the early adopters but it certainly isn't in the same locations.

Even flicking through the stream on the everyone and you notice the same pattern - only those items that relate to social media have any steady flow of comments.

As I have said in the past, your average user generally wants to perform a particular task and, when it comes to that task having a social context, it makes sense to deal with it then and (more importantly) there. I think that many don't see the need to go beyond the walled garden they are currently inhabiting as it contains their community and that is what is important to any of us. Moving your focus means that - to achieve the required return on investment - you have to take your friends with you and it is not an easy task to achieve.

It is hard enough to get people using a straight social media service in the first place without trying to convince them of the need to gather their threads in to one location when they can be exposed to a never ending river of news; they barely take a sip from their own cups without trying to be shown how to drink from the fire hose.

Early adopters may be useful in working out the kinks of any given service but their usage patterns do not reflect the norm. We cannot, therefore, predict how a service will scale or what the key features may eventually be. Developers may be creating a bassline for us to work from but what happens when that line is set too high for the public at large to reach?

On the face of it the experiment could be seen as a failure as there is no way that I can completely switch from one identity to another and get a true insight in to how a non-early adopter will use a service but the apparent patterns have shown a stark contrast in behaviour. If anything it has been a success in highlighting how far the early adopters have advanced in the way they utilise the web and the tools available to them.

A service like FriendFeed will only ever contain what has been explicitly shared by its users and, while this may be enough for such an insular crowd as the social media regulars, simply will not be able to compare with any of the regular search engines that are crawling the web and following link after link. FriendFeed fails as a search engine until you add in the human elements of recommendation and discussion and if these parts of the service are not being used by the world at large then there is little value in the initial share.

Once we pass a particular point can we ever hope to understand (or remember) how it is for those who don't obsess over every nuance of online interaction? What is the true benefit of early adopters?

The Social Media Game - How I Play « Tilling the Soil says:

[...] could write more about the world of the early adopter, but others have already done that. I could talk about the new technologies that are developing, but again, that has been [...]

Great stuff as usual. To your last point - in this case I don't think early adopters necessarily need to be able to remember or even understand "how it is for those who don’t obsess over every nuance of online interaction" - in fact I think its detrimental to the process if they do. I don't want a professional test-driving a new car model I may buy someday with my driving habits in mind. I want them to test that car by driving it every bit as hard as their abilities will allow them to.

I think everyone keeps getting hung up because they are viewing these applications as if they were just another variation of what average users are used to - as if we were discussing a new search engine or email application. The reality is, even though we have become more and more used to sharing bits and pieces of information quickly from just about anywhere, the "anything, anytime, anywhere with anyone" capability that these new tools offer if completely, absolutely, unquestionably different than anything the world at large is used to. Once these tools become a part of our everyday lives (years and years away mind you) they will completely alter the way we live.

I was waiting for this post Colin. Great take on the state of FriendFeed today. The biggest discussions are around social media. That's not a bad thing at this point in the company's history. As Mark says, the early adopters are talking about their favorite topic, but in doing so, they're giving the site a workout. Forward ourselves 2 or 3 years, and I can see a robust football discussion happening. Users discussing the latest in knitting patterns. Parenting discussions. Etc. The only limit are the assumptions we impose on the service today.

Robin, very valid point but I think there is an element of not wanting to annoy our followers with potential noise. We generally have a group of 'friends' who expect to see a certain type of content, if there is too much noise are they going to stop following us, or are we just too narrow-minded about what we are doing?

Different types of content will no doubt be shared by the same source so it is hard to hide those items we don't want to see without also hiding those we do. This is why we need semantic or tagged based filtering - perhaps then we will extend our range of discussions without fear of upsetting those around us.

I think early adopters are in some cases genuinely harming the take up of social media services on a wider level. What surprises me is that, if these services are as good as the early adopters claim, why are they limiting their own usage to tech related issues all the time.

I'm a social media junkie. But I don't talk about it all the time, even to other people who share the interest. I have the same interest in football/soccer, in movies, in sci-fi, etc. Those articles are rarely commented on or form the basis of discussion on Friendfeed, even by those people who puport to be big fans of the service. They seem to be fans only so far as they spend a lot of time discussing social media, and failing to utilise it more widely themselves.

the very fact that (mostly) only social media gets discussed means that the current early adopters have perhaps outlived the original definition of the term and are therefore, possibly viewing new products in a myopic way?

I'll be another datapoint for you. I work for a college IT department, I've been a web designer for more than a decade, I'm an early adopter for many tools, and I spend almost every waking hour with an open browser. Yet I have almost no interest in closely following the latest tech gossip. If Arrington, Calacanis or Scoble ever say something worthwhile, it'll find me (like it or not).

So I signed up for FriendFeed, got a steaming faceful of primping tech gossip, repeated and repeated endlessly off into the horizon... and haven't bothered to pay much attention to it since.

I think that early adopters are an important link in the chain of product introduction and adoption. Someone's got to help spread the word while working with the product designers to provide important feedback about the product. The number of people who make the most comprehensive use of a relatively sophisticated product will always be in the minority, but they do serve an important function in bringing the next wave of users to the table.

[...] Early adopters and a social media experiment. :: Colin Walker – an interesting post about trying this social media stuff from the other side of the fence – as one of those regular users we are always talking about. [...]

The unlimited power of social media is bound by my human limitations « Alexander van Elsas’s Weblog on new media & technologies and their effect on social behavior says:

[...] experiments and take radical different approaches to their social media consumption (see here and here for [...]