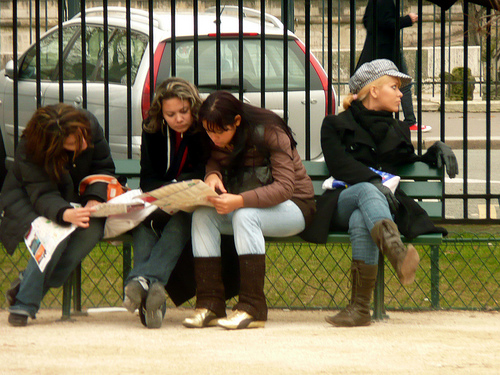 I jokingly posted a message on Twitter a while ago as I was travelling home announcing that I felt isolated as I was unable to 'like' or comment on FriendFeed from my phone. The thing is, it's not actually a joke.

Steven Spalding asked: "Other than Twitter? What is your favorite online community?" My answer was obvious - FriendFeed of course. Now Twitter does some things better than FriendFeed (see later) but, as I mentioned before, it is just not suitable for full and proper discussion. FriendFeed doesn't just import your tweets it exposes them, it enables you to follow up in a way that @replies on Twitter just can't. Conversation can quickly get lost in the Twitter stream but, as Andrew Dobrow says:

The threading system of FriendFeed sets aside a little nook for each separate piece of information. And this nook is always there for you to come back to, and to add more towards if you so desire.

Each response to a thread also brings that conversation back in to focus so you don't have to go looking for it wondering if anyone has replied.

Why just aggregate when you can participate?

Louis Gray posted about this and said the keys to FriendFeed's success were participation and discovery. He's completely right on this one. Take away the social aspect and FriendFeed is nothing - just another place to view the information you've got elsewhere. It's like watching your friends at a party through the window because you weren't invited.

FriendFeed is no longer an aggregator - an aggregator is just a tool that gathers threads of information into one central location; it is now a fully fledged community and commenting solution (particpation) that just happens to let you bring in your - and other people's (discovery) - stuff and discuss in all in one location.

FriendFeed have been working on a new UI for the iPhone but it is now time to provide full functionality for other mobile devices just as slandr has done for Twitter. Full interactivity is needed - likes, comments, and the ability to send messages from your phone is desperately needed. Twitter was built with mobile devices in mind so beats FriendFeed hands down in that regard but the time has come for FriendFeed to develop and, in a way, negate the need for Twitter or the reliance it has upon it.

Perhaps we have become spoilt by the Web 2.0 bubble and the way in which our online communities have evolved, static pages are no longer enough and when faced with something that is not interactive we immediately turn away. FriendFeed and Twitter are perfect bedfellows but for them to truly complement each other we must be able to interact on all platforms. Part of Twitter's success is that you do not need to be anywhere near a computer to participate - FriendFeed must follow its lead.

Is an interactive mobile UI for FriendFeed too much to ask or is it a necessity? How do you view the relationship betweenTwitter and Friendfeed?

UPDATE: Rober Scoble advises me that he can comment from both his iPhone and Nokia N95 so maybe it is just Windows Mobile that doesn't like the FriendFeed UI. Let me know if your phone does.

For a discussion about this post please see this thread on FriendFeed: