# My copy of the new and much girthier version of Scott Sigler's Earthcore arrived yesterday after pre-ordering last month. It can sit with the original paperback I bought back in 2005. 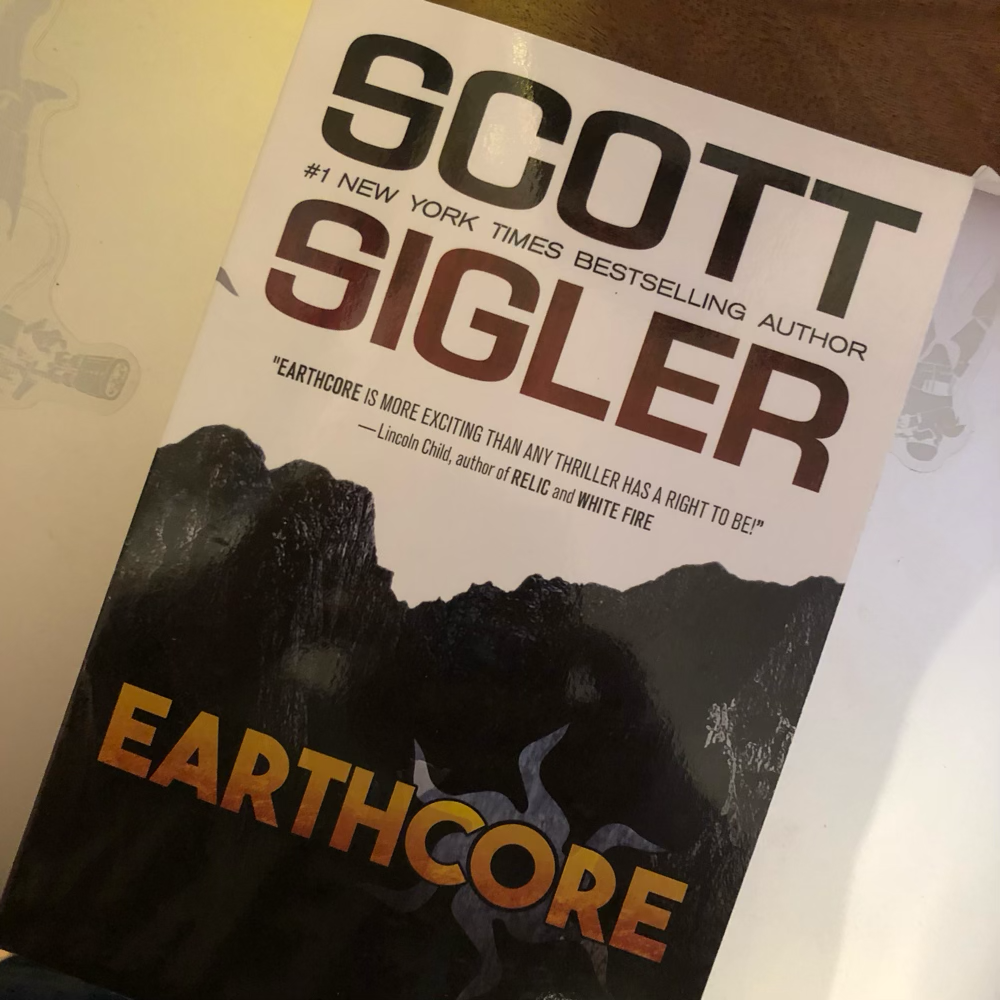 Why two copies of the same book? Because it's been completely rewritten and updated now that Scott is (in his own words) a better writer, and to take into account continuity in the wider Siglerverse.

Scott was the first author to podcast a novel and was told he was crazy for giving his stuff away for free. That first book was the same one, Earthcore, so it has a special place in the hearts of his fans.

I've been listening to his podcast for 13 years now and, with new episodes released on Sundays, it has been a part of my Monday morning commute ever since.

# Inspired by Jonathan LaCour once again I decided to make an RSS feed for the "On this day" section that I can subscribe to and not have to visit the site.

As I have previously done with the /Directory and /Blogroll, the xml file is built on the fly as part of the custom loop when visiting the /Today page.

All well and good but the idea is not to have to visit the site so I've added the following cron job to quietly load the page for me at 5 minutes past midnight every day:

This ensures the feed is always up to date even without traffic and I'll find the new items waiting for me in my feed reader.

@cleverdevil It’s all your fault ? (see the conversation.)