Since Google+ launched in field trial just over a year ago there has been much discussion about the effectiveness of circles to adequately divide and control your connections. Do they aid the organic growth of the network or could they actually be damaging engagement? 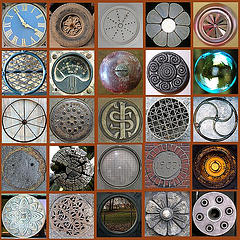 Circles work perfectly for broadcasting as you control who receives what items by sharing with only those supposed to receive them. Consumption is another matter, however, as your reason for adding someone to a circle may differ from their reason for posting; unless dealing with a circle focused on a specific topic that all members have agreed to and made mirrors of (or a circle for a group of colleagues etc.) there will always be discrepancy.

As has often been noted, we are multi-faceted and will share items covering multiple topics. When posting as public unrelated posts will "clutter" our carefully constructed circles.

Circles were described as a way to “organise everyone according to your real-life social connections” so that “you can share relevant content with the right people”. Interestingly, Google+ help advises that we can use circles to “find the content we are interested in” but we know this does not always work. In the absence of any other means of filtering, however, they are all we have.

Circles can be an ideal way of grouping and sharing interest groups but this is not always the case and we can be at the mercy of the circle owner with regards to whom it contains.

In June, Google Research published a white paper on the effects of sharing circles on the growth and structure of the Google+ social network.

Their results demonstrated that the circle-sharing feature accelerates the "densification" of community-type circles, and that circle-sharing alleviates the "cold start" problem [which] allows low-degree users to discover new contacts at a much faster rate than would be expected based on accepted models of network growth.

The study looked at the classification of two types of shared circles: community and celebrity

The core take-aways reported by the study were as follows:

When sharing a circle the sharer will often notify the members in order to advise them of their inclusion, consequently densification of a community circle may happen as the members will frequently add each other thus reinforcing the reciprocity between them.

The type of circle shared will, indeed, influence following patterns but the circle sharer will likely have a greater impact on the breadth and reciprocity of connections being made. As mentioned in the paper:

Even if the circle owner shares it publicly, the impact of the action is likely mostly limited to those who follow the sharer

The number of followers of a circle owner will, therefore, have an enormous impact on its ability to create connections between individuals - circles shared by "celebrities" will provide a huge boost to any "low-degree" users included in them as many who follow celebrities may act regardless just because of who the circle owner is.

Due to this slightly sycophantic behaviour you have to wonder about the efficacy of shared circles for truly connecting and their effect on engagement.

One of the key arguments for Google+ not launching with a Post API was to make everything we do on the service an explicit action; users would be in control of exactly what appears on their profile and not have irrelevant updates fed from other services, such as Twitter, with no context. Ironically, shared circles move away from the nature of explicit actions.

Adding a shared circle means that we are not explicitly selecting those whose updates we wish to see; as mentioned above, we are reliant upon a third-party (the circle sharer) to curate the connections for us and, with the best will in the world, this is not always going to be a perfect fit.

We run into issues with relevance - what may be relevant for the circle sharer may not translate and we end up following people that we do not interact with and whose posts we ignore through no fault of their own. This requires us to manage our circles more rigorously which many may not be willing to do, especially if they have added multiple circles containing high numbers of members.

We run the risk of having stale circles that are no longer relevant.

If you are lucky to be in a circle shared by a celebrity (using the research paper's definition) you can get a decent bump in follower numbers but the adding of a shared circle is a generic action, not an explicit one. Despite the increase in those who have added you to their circles there may not be a significant corresponding increase in engagement.

Even when adding specific interest-based circles that are well curated we may not see the levels of engagement expected. As the default stream view for Google+ is "All Circles" it is easy for relevant content we may wish to see to get lost among the rest of the stream. We are able to view individual circles and can fine-tune the relative visibility of each but many simply do not do this.

The question of “what is a follower worth” is often raised and it is hard to put a value on our social connections (either for business or personal matters) but how will the manner that we become connected effect that value?

It is always said that having a small focused & engaged following is better than a large inactive one; out following, whatever its composition, will have an impact on influence. A large following does not necessarily mean that we are influential - it may indicate a degree of luck with being (in a Google+ context) in the right circles shared by the right people. Instead, the gauge of influence is being able to coax our followers into action; if a large following does not engage with or react to our content then its size is a false indication of our influence. Such metrics are considered by influence measurement systems such as Klout which helps explain why influence scores can drop despite the only change being the gaining of additional followers.

It has been argued that we should not ignore those who either don't respond to or share our content in situ as they could be communicating with others in different forums offline as well as on - we may just not see it. While this is okay for a service such as Twitter, where following "non-tweeters" is not an issue, the restriction on having 5000 people in our circles means that we must be more selective with who we follow.

Do we receive value from our followers? If they are not engaging with our content in any way, then no and we should look at why they are not. Are they active or are they not managing their circles?

When included in a shared circle followers numbers “settle” by a small amount after the initial rush as some sanitise its members for their own ends but it is often the case that many will not filter or may have added a circle that is not entirely relevant.

When posting we will build a core group of engagers who will interact with our content most frequently then, as Dunbar suggests with the Circles of Acquaintanceship, our levels of engagement will decrease in proportion to our “perceived distance” from our followers until it reaches zero. Unfortunately for many, those at the greatest distance may form the largest demographic and we can see the effect when taking stock of how many of our followers actually engage on a regular basis, if at all.

While it is often flattering to have thousands of followers, and it creates a good impression in the ongoing social popularity contest, we cannot escape the knowledge that it is a meaningless statistic and the use of shared circles may be a contributory factor. Non interest-based circles or those curated or added without regard to their members will serve to reduce the level of engagement per follower as the level of irrelevance increases.

Followers that do not engage are effectively worthless beyond creating an impression of social importance. While they may contribute to a herd mentality causing others to connect to seemingly popular individuals, as seen above, they might have an equally negative impact when judging our influence.

Real life social connections are vastly complex. First, circles overlap. Secondly, they are dynamic in that the nature of the connection constantly changes as well as the content exchange.

You are right but G+ circles also overlap as we are mutli-faceted individuals. This means that positioning someone in a circle and then following that circle may not be ideal as they will talk about other things.

Our connections with people will change based on context (see my earlier post on the implicit social graph) so, perhaps, we should be looking at interest based networks rather than insisting on following the individual.