I have been tagged by Julian Baldwin of "notes, thoughts, ideas and responses" to share my favourite Twitter tools and continue the collaborative list that has started in reponse to a few posts.

Part of the beauty of Twitter is the whole universe that has emerged around the API. While the simplicity of the service itself makes it a joy to use Twitter really comes in to its wn once you start using the applications that have sprung up around it.

So, down to business. I've written about most of these before and it's interesting to note that my preferences haven't changed - perhaps it's a case of sticking to what you know.

Quotably allows you to track conversation threads relating to a Twitter username you specify, it shows both conversations started by that user (with related replies) and those threads the user has contributed to. This is especially useful in tracking any answers to a question you may have asked and getting a screen dump of them all in context.

Twitter has a habit of not referencing the correct tweets in a thread so Quotably let's you re-organise them so that they appear in the correct order.

Quotably has also recently introduced a new feature which tracks the most popular things happening on Twitter in real time.

TwitThis is an easy way to post a link to any page to your Twitter feed and can be used via a browser bookmarklet, a button on your page or even a WordPress plugin. TwitThis gives you a number of options to choose from for telling the world what you are doing such as: Reading, Looking at, Responding to in order to give a bit of variation with your Tweets. An example looks like this:

There are a number of Twitter search tools out there but Intwition is different in that it is designed to search for URLs. Bloggers can perform ego searches to see who's been discussing their blog. A good twist on this is the "reach" stats - not only can you see who has been posting links but also the total number of Twitter users potentially exposed to that link. You can even subscribe to your query as an RSS feed.

Another great way to track tweets about specific topics is to use hashtags: simply a word proceeded by a hash character, e.g. #hashtags. Tweets that include these tags can then be collated in order to get an overall picture of conversation about a particular subject. There are a couple of sites you can use to track them but hashtags.org gives by far the best information.

There's my favourites so it's my turn to keep the ball rolling and tag someone else. If we're playing by the same rules that Julian set then whomever I choose should not duplicate any of the tools already mentioned here or in the other posts in the series - this could start getting tricky.

I'll tag Mark Dykeman of the Broadcasting Brain, over to you Mark.

In all honesty, I use Twhirl - that's as sophisticated as I get. :)

Intwition looks interesting - albeit it's "down for updates" at the moment so I can't test it out. Although query on that - given the penchant to change everything to a tinyurl, is that a significant limit on its functionality?

Not all all Robin, it correctly resolves the target of the tinyurl so gives all the hits you were expecting. 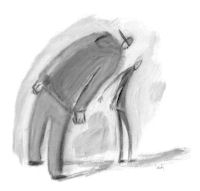 A couple of comments started me thinking about our identity in social media circles. Firstly, Robin Cannon commented on another post at this blog saying:

register your name, even if your online presence is largely as a brand. So register your name as a URL, create a Twitter account, etc. Even if you’re not going to use them, better to have them in your possession so that they can’t be used in the future in ways that can harm your reputation

I'm sure it is a huge problem for those who have had this happen. I saw a new domain with my name yesterday..they are still designing it..the thought had crossed my mind if they were using my name (if they had ever heard of me)..scary.

In some ways I think social media dangers are potentially more damaging than traditional cybersquatting. Most cybersquatting is done largely through the desire to make a quick buck, rather than actively to damage someone's reputation.

But certainly as social media sites become more mainstream there's opportunities for them to be used in an actively malicious manner. And in some ways the less educated to the workings of the network the more gullible people are likely to be in terms of believing it.

To be honest it's something that's already reared its head most obviously at MySpace. Given that that is considered a reasonable forum for artists to have profiles, it's quite open (and has been abused) in terms of fake profiles being developed.

[...] online by their real names. There have been a lot of conversations about personal branding and identity, even as recently as [...]