An idea of its time 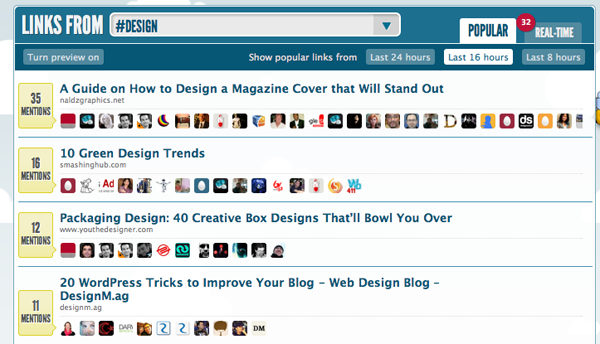 History is filled with instances of simultaneous invention, also known as multiple discovery, where more than one person or team arrives at the same point independently.

Classic examples are Newton and Wilhelm with calculus, Darwin and Wallace with evolution, or Bell and Gray with the telephone. It's as though the answer was always there just waiting to be discovered and was destined to be found at that time.

But multiple discovery doesn't always have to be simultaneous; it is possible for people to reach the same outcome independently at completely different times without being aware of, or influenced by, the other. This happens when something just makes sense and takes an existing situation to its logical conclusion.

From my own experience, one instance is the notion of channels on Twitter which I first proposed in 2011, was separately suggested by a Twitter engineer in 2012, attempted with Event Pages, and which we now see evolved into "followable" Moments.

Nuzzel has rapidly become a tour de force on the social web born out of the frustrations associated with content overload. Incredibly popular, loved by those who use it but it is not the first of its kind.

Strawberryj.am began in 2011 as a web based system to find and show only the most popular links shared by those you follow on Twitter with a count of how many shares each received. Sound familiar? It also let you search by specific users and hashtags. I used to use it all the time but, unfortunately, it did not survive and never emerged from beta.

I recently asked Jonathan Abrams, founder and CEO of Nuzzel, if Strawberryj.am had influenced its development but he was not aware of the previous service - to be fair, I think it did slip below a lot of people's radar hence the lack of comparison between the two.

Two services, extremely similar in function and purpose, so why should one succeed and the other die out?

Nuzzel has captured the imagination in a way its predecessor never could and I can think of three reasons why:

In September 2011, around the time Strawberryj.am launched, Twitter reached 100 million global active users - less than a third of its currently reported MAUs. In comparison to other social networks, 300+ million is now considered small fry but, for an auxiliary service, there must be a tipping point that allows it to maintain sustainability; a point when the percentage of Twitter users that would utilise such a service is enough.

Nuzzel, however, also supports Facebook which instantly exposes it to a much larger audience of potential users, although I suspect that it curries greater favour amongst those who link it to Twitter.

Mobile has changed the world with smartphones giving life to so many apps that would not have otherwise existed. While both Strawberryj.am and Nuzzel started out as web based apps the latter's native move to mobile devices has undoubtedly fuelled massive growth.

Although we were firmly in the grip of the mobile revolution back in 2011 the desktop web still controlled far more of our attention and the impact of mobile apps was not felt quite so keenly.

The rise of social news

RSS readers had been in decline for a while, with many preferring to source their news from their social networks, but they were far from dead. Google Reader closing in 2013 reinforced this move to social news which is a big shot in the arm for something like Nuzzel; it instantly boosts the percentage of users who are more likely to use such an auxiliary service.

Solutions are usually built in response to a particular need, often that need is an individual one that just happens to coincide with the need of others. When someone is not aware of an existing solution, but experiences the same pain points, it is not unusual for them to build a similar solution.

Some ideas are timeless and will succeed whatever the prevailing conditions but others, whilst being obvious in their need, require a specific set of circumstances to come to fruition. If conditions had been different in 2011 perhaps Strawberryj.am would have thrived and there would be no need for Nuzzel.