The integration of the Google+ "social layer" with other services has been slow but the recent policy changes could indicate we are in for some significant changes.

When Google+ launched its real names policy caused a stir but, as Google is vying to become an identity service, this was not unexpected. The key to identity is trust and Google would not have wanted to be involved with users creating "throwaway accounts" and hiding behind the anonymity they afford.

Social on its own does not make money which is why the likes of Facebook and Twitter are focusing ever more closely on advertising but, for advertising to work effectively, a service needs to be able to correctly match ads to people based on our interests and connections. As I have said, relationships are the real social currency and our these can be best established and tracked using some form of consistent identity.

Google+ is unique amongst social networks in that it is just a component of a larger organisation rather than being the company itself; Google is keen to establish social relevance then use this to bolster its other services hence the creation of the social layer that will sit across all applications within the Google ecosystem.

In October it was announced that the company planned to support pseudonyms once the complexities of managing the three levels of authentication supported throughout Google products (anonymous, pseudonymous & identified) could be overcome.

The varying levels of authentication across the stable of services offered by the company poses a challenge which has meant full integration could not occur immediately but Google appear to be on the road to overcoming these issues following the announcement by Bradley Horowitz in a Plus post that nicknames and pseudonyms (in certain circumstances) will be supported.

As is so often the case, the news has been welcomed by some but derided as too little, too late with comments such as "6 months for this" being thrown as various Googlers seeking to explain the decision. Horowitz admits this is a first step on the road to a more inclusive identity policy so we may see further movement in this area in future. 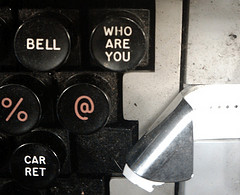 The distinction between a nickname and pseudonym is clear: a nickname is something you might be called but sits alongside your real name whereas a pseudonym replaces your public identity. Google will allow those with established pseudonyms (who have a following elsewhere under that name) to use them on Plus but will not allow the ad hoc creation of alternate identities - makes sense.

Still, for some, the new names policy doesn't go far enough as they argue other people need the protection that a pseudonym affords for personal or political reasons - perhaps their life may be endangered if using their real name. Interestingly, Google employee Yonatan Zunger replied in the comments on Bradley's announcement:

Our name check is therefore looking, not for things that don’t look like “your” name, but for things which don’t look like names, period. In fact, we do not give a damn whether the name posted is “your” name or not: we will not challenge you on this basis, nor is there any mechanism for other users to cause you to be challenged for this.

So, it would seem there is nothing to stop someone creating an account in a completely different name (thus remaining anonymous) as long as it looks like a genuine name. If that is then the identity used across Google services (even if false) then so be it - Google just wants it to be consistent.

As welcome as this announcement is the primary focus has been purely on identity, as probably expected, but when you consider that it has been made alongside that of Google's new single privacy policy then we can start to look behind the announcement and see what's coming.

The single privacy policy ties together over 60 individual policies into one creating a seemless experience across almost the whole ecosystem where data from one service can be utilised by another to offer better personalisation - a true "one Google" ethos. Account handling, identity and privacy were the issues holding Google back from full integration of Google+ with other services right across the board but now there is no reason they can't continue.

Make no mistake, these policy changes are not isolated events but part of the larger plan to facilitate the social layer.

A prime candidate for deeper integration with Google+ is Blogger (see my earlier post). Until now the Plus effect has been minimal despite being able to link your Blogger account to your G+ profile. Authors have been automatically prompted to share posts to their Circles and now +1 data has been built in to the dashboard but this is a far cry from what could be achieved.

Many blog pseudonymously so, until now, could not link Blogger to Plus for fear of being exposed due to the real names requirements of the latter. I would expect this to be a perfect scenario where Google would permit the use of a pseudonym within their social network thus allowing the author to share their content and converse with a much wider audience whilst retaining the virtual anonymity they desire.

A matter of time

With the pieces now in place I feel it is just a matter of time before we start seeing much deeper integration between G+ and other Google applications with a better flow of content and comments in both directions. A single identity with the ability to interaction from anywhere is, in my opinion, the holy grail of a true social layer and will really differentiate Google+ from other social networks.

Images by myself and psd

Yousaf - not much has really changed. Google is just moving from a comapny with siloed applications to a flat organisation which is, in a way, more like Facebook. The single privacy policy shoudl actually enhance the experience as Google has a better picture of US rather than multiple fragments.

Now that all the pieces are in place and we know when the new privacy policy takes effect do we have a time-scale for the building of the Google+ social layer and, with it, Google's beautiful new world? 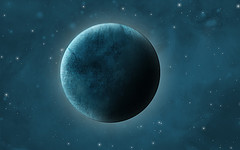 As has been reported, Google is seeking to create "services that people in the world will use twice a day just like a toothbrush" and "make those services beautiful, simple and easy to use"

I posted earlier that the new Google+ naming policy allowing pseudonyms and Google's single privacy policy were tying up the loose ends with regards to enabling full integration of Plus with other Google services via the social layer.

Much has been made of the uncharacteristic use of "beautiful" and even the email notification to Google users advising of changes to the privacy policy extoled the virtues of "one beautifully simple and intuitive experience".

Even before Google+ I have spoken about the obvious parallels between Google and Facebook, as much as many don't like to admit it, with both offering a range of services but the latter simply housing them all within a walled garden. With the social layer and a single privacy policy Google is becoming one unified company rather than a collection of data silos - the parallels are getting even stronger.

Within Facebook we may use different features or applications and be able to determine who sees what via privacy controls but the profile  (and consequently Facebook itself) has access to everything from everywhere allowing a much better picture of who we are.

With unified accounts Google is doing the same - one profile, one set of information. We can, again, control visibility by utilising our Circles but the profile will link that data to all services so it can be used to better shape our experience right across the ecosystem.

That ecosystem may not be walled-in but Google hopes you don't really need to leave. Rather than being a means to jump elsewhere on the web the company is finally becoming that all important destination I argued it had to find to compete on the social web.

One criticism remained, as I mentioned in a post at Media Tapper, that Plus was still set apart by not allowing teens to use the service. Now that a single privacy policy was in place and teens could use Google's other offerings this seemed a bit of a contradiction.

As Google is sunsetting a number of applications and, in many cases, replacing them with functionality inside its social network it appeared that the company might risk alienating a large section of its user base by removing useful tools without providing access to the alternatives.

We need not have worried.

Bradley Horowitz has announced that, as of now, teens and young adults will be sign up to Google+ to share and communicate with their friends in just the same ways that the adults have since launch. Not content with just opening the doors to teens, however, Google is playing the concerned parent with a slew of security features designed to protect them whilst online, and they should be applauded for it.

Any of these recent announcements in isolation would be news enough news but with all three combined we could arguably say that Google+ is no longer a beta product.

Google is now ready to convince you that "your world" is actually "it's world".

The stage is truly set for greater advances in integration now that all the pieces are in play. As the new single privacy policy kicks in on March 1st I would expect some major developments around this time but will Google fall foul of complaints that it is abusing its search monopoly to unfairly promote all its other services?

Now that all applications are to be merely aspects of the whole we will be constantly reminded of what we can achieve in Google's beautiful new world.