Search, plus not all your world: the war of words.

Google's Search+ has been both widely welcomed and heavily lambasted from various quarters; while it answers some questions about the future of search it also raises many more.

Within a few short hours of Google announcing the new "plus your world" search offering Twitter released an official statement claiming that it was bad for the internet as Google was unfairly promoting Plus content over other networks.

For years, people have relied on Google to deliver the most relevant results anytime they wanted to find something on the Internet. Often, they want to know more about world events and breaking news. Twitter has emerged as a vital source of this real-time information, with more than 100 million users sending 250 million Tweets every day on virtually every topic. As we’ve seen time and time again, news breaks first on Twitter; as a result, Twitter accounts and Tweets are often the most relevant results. We’re concerned that as a result of Google’s changes, finding this information will be much harder for everyone. We think that’s bad for people, publishers, news organizations and Twitter users.

Could we, perhaps, argue that Twitter is being a bit hypocritical criticising Google's social search when its own search has been so lacking? It is ironic that search on the "information network" has been in decline ever since it acquired the excellent tool Summize. 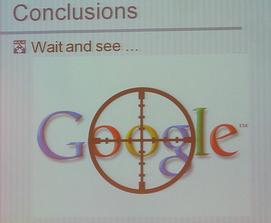 A while ago, Google real-time search was dominated by tweets but the agreement between Google and Twitter expired and real-time search was canceled. It appears there was a bit of a Mexican standoff between the two companies with regards to the relationship at the time; what actually happened was a case for conjecture.

Services are getting ever more precious about their sovereignty of data and it is unsurprising when you hear that x service has denied access to y for whatever reason - Twitter gave away too much of its data for free in the early days and Facebook has always been largely self-contained except the agreement with Bing (which doesn't amount to much in real terms).

Is Google utilising its largely monopolistic search position to unfairly promote its own network? Or, is it merely displaying what it can?

Google immediately defended itself by saying that it would like to include more networks in personalised search results but isn't given access to the data and that it is not always clear on the privacy implications because of this.

It is hard to argue that there are any privacy issues with public tweets but it does not appear that they are being presented in search - a quick test of the full text of specific tweets found popular people in my Circles resulted references to in at muckrack.com but not from Twitter.

I asked last night on plus if Google was able to index Twitter public tweets and deliberately not showing them? Is Google showing them but considers them such a low priority that I simply haven't gone deep enough? Or is Google now not able to index them at all? (Although, if muckrack can get them this seems unlikely).

Allow me to demonstrate

While we will not have access to this special feed from Twitter, information on Twitter that’s publicly available to our crawlers will still be searchable and discoverable on Google.

The search giant also stated that any new version of real-time search would not be limited to just results from Google+.

Matt Cutts has posted to demonstrate how Search+ can return items shared at other sources, such as Quora and Live Journal but, as search is personalised and only returns people from Plus, it is not clear if these results are only presented if a user in your Circles has linked these other sites with their Google+ profile.

Interestingly, Matt's examples did not include one for returning data from Twitter. 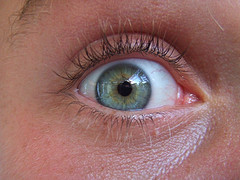 It didn't take long for Google to offer a response to Twitter's comments; a post on the company's official Google+ profile announced that it was actually Twitter who refused to renew the deal giving access to its full feed and, as such, was surprised by the critical response.

As neither party has previously explained why the deal ended it could be, somewhat cynically, suggested that Google was saving this nugget for a time when it might be needed - it seems that time is now.

It is fairly obvious that certain parties would be aggrieved at a social search offering which seemed to favour Google's own network - despite the protestations that this is not the case - so it would seem naive if Google honestly couldn't see a backlash coming in response to this.

Google knows who we are and, whether by explicitly linking it as an additional profile on Plus or by other means, knows our Twitter profiles. Given these two pieces of information it would be relatively easy to return related tweets in a search from those in our Circles who have Twitter accounts.

The argument that Google cannot know our relationships on other services is not necessarily a preclusion to returning specific data in a social search. It could also be viewed as reinforcing the comments that Search+ is not interested in all of your world, only a subset of it.

Even if it is not being used the search engine's social graph still exists and knows our relationships but Google counters that it is merely respecting the rel=nofollow markup on Twitter but the network never seems concerned that others are not so considerate.

Waiting for the dust to settle

I have no doubt that Search+ is here to stay and its reach will extend ever further.

Will Google make algorithm changes to boost data from our other connected accounts? Will Twitter change its nofollow policy or reevaluate its position on allowing Google access to its data?

While personalisation only occurs when we are logged in, and we can choose to view results without it, it could be prudent for Google to either not make it the default option automatically or to prompt you for your preference. This might aid in appeasing those who argue that Plus is being forced upon us but the real issue of competition (and whether Google could be at risk of antitrust action) will rumble on.

Would you like to see data from a wider range of sources given a higher priority in your personalised results?

Images derived from Phillie Casablanca and by SaZeOd