Twitter's new look heralds a change of emphasis and direction but is more a case of the emperors new clothes? 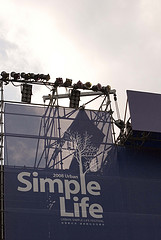 Last week, Twitter came good on the promise to simplify and unify the service by providing a re-imagining of the interface across the various points of access.

The new design incorporates features we have seen before, but sometimes only as part of a restricted test, which aim to improve the flow of information. The concept of specific aspects to the site (Home, Connect, Discover, Me) is obviously designed to help us know which interactions happen where thus making it easier to keep track of our activity.

As I wrote in October, the aim of the redesigned features seemed to target making the interface more consistent:

"the intention is to enable a view from the web that can be more easily replicated on a smaller screen or even within a mobile application thus presenting the same face regardless of how you use the service.

This aim has largely been achieved and can surely be intended, in some part, to negate the need for third-party clients thus increasing Twitter's control over the ecosystem.

It was only a matter of time but the mobile applications have followed the main site in changing the default media upload service to Twitter's own. You are graciously warned of this when upgrading - no doubt to avoid criticisms of options changing without our knowledge or consent - but how many users will actually take the time to change it back to their previously preferred service? This could be a bad time for the likes of TwitPic and yfrog.

As Dave Winer mentions much of the new site is a largely cosmetic affair which re-uses elements from before. He argues that the tech press has been sucked in by Twitter's smoke and mirrors and that none have explained how the new look actually helps and makes life simpler.

I believe we should be looking at the potential and that this is a first step in a new approach linking users to both information and other users. Unifying the points of access creates an element of simplicity in itself; identical behaviour means we are not wasting time on locating features.

With regards to discovery we have shared items presented as stories: social objects (no doubt taken from popular links) which combine the item itself with tweets from relevant users discussing that content - a dual purpose enabling us to widen our scope rather than staying within the safety of our streams.

Back in April I said that it is "widely accepted that Twitter is not for everyone but this may be a limitation of the timeline format. Perhaps it is time for a bit of a shakeup" - the new view on the #discovery tab would appear to be the first step in doing just this. Presenting links as stories also re-emphasises that Twitter is positioning itself as an information network rather than a social one much like how Facebook treats the news feed.

It is quite interesting to see how things have developed over time. Twitter was the original simple status update service, known and referred to by all as a social network; its whole raison d'être was to post tweets. Then something changed.

Twitter decided it was not a social network and, in doing so, recognised the need for easier information discovery by those who only consumed without submitting any tweets of their own.

Ryan Sarver, Director of Platform, stated at the LeWeb conference that #discover will be "one of the main features of Twitter and one of the main areas Twitter as a company will focus on in the next year or so."

At the same time, however, the company is looking at transitioning users from consuming content to actually posting status updates. As I said before, a logged-in tweeting user is of much greater value; just as with any social network, Twitter relies on user-generated content. Currently a small percentage of users generate the lion's share of tweets but, in order to be both more effective and attractive as an advertising platform, the network needs more users actively engaged so that they can be better targeted.

We are, therefore, coming full circle with Twitter needing to get us back in the habit of actually tweeting.

By placing an emphasis on content over people Twitter is making moves in a new direction which could encourage users to tweet and I feel that we will see the #discover tab iterate relatively quickly to facilitate this.

As social objects are intended to get us talking one possible avenue would be to give users the opportunity to "have their say". Enabling people to comment on stories rather than reply to individual users or tweets Twitter may be able to kick-start the transition from being just consumers.

Perhaps, by couching tweets as replies to the topic, users may feel more comfortable and willing to contribute.

How far can Twitter travel this path whilst retaining the simplicity it desires?