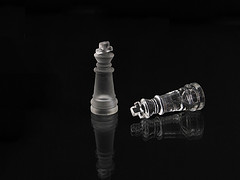 Back in April 2008 I wrote about the dream of social ubiquity where the ultimate goal was for social media to stop being this thing out on its own and instead become part of our everyday lives; the online social experience would just become part of our workflow.

While social may not be quite there yet the roots have certainly taken hold and we now have brands recognising that they must be social and interact with their customers in ways beyond the hard sell.

While not ubiquitous, social is most definitely mainstream although many people's idea of "social" lives and dies with Facebook but that's okay as the service is a major driver".

Social is not enough

We are reaching the point where social for social's sake is no longer sufficient - we need more. We need our social networks to provide additional value beyond connecting with our friends and are consequently seeing a shift:

By the back door

Three and a half years is an eternity on the web and things change rapidly and in ways we don't expect. Rather than business leading social adoption, as I suggested might happen, the networks are achieving it themselves. The proliferation of Like and Tweet buttons across the 'normal web' are reinforcing the existence social networks in our minds all the time.

I said that social adoption would grow via stealth means and that is just what Google is trying to achieve with Plus integration. Instead of having everything go via Plus itself Google will fill the service with information via the "back door" - the social layer which spans across all its services. Potentially, every Google user is a Plus user.

The time when social networks were just for "social" is dying if not already dead and the sooner we, as the end-user, realise this the more value we can get from the services we use.

So speak of social media like a mythical phoenix that must die and be reborn again from it's ashes regularly. It's probably a somewhat apt comparison as it must change and adapt or risk irrelevancy. Social is designed to change according to people's habits and needs. I think this is a good thing.

Exactly Bryan. Without changing to adapt to current needs social will stagnate and all the good work done so far will be wasted.