Geeky gimmick or the start of analytics for brand pages? Google+ is making ripples and this new feature could be the start of something big. 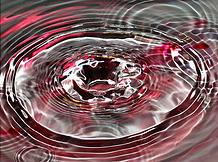 Yesterday was a good day for Google+ with a slew of new features but, rather than the announcement of Hot Posts (just don't call them trending topics) or that Google Apps users could now connect to Plus, the real star of the show was Ripples - the new way of visually tracking the spread of an item via reshares.

Ripples has captured the imagination and will no doubt appeal to our inner geek but will there be a limited life - used just a few times until the novelty factor wears off?

I can't help but feel that this is the start of something big. There is massive potential in Ripples and I can envisage it being the basis for some kind of analytics offering, especially for Brand Pages when they arrive.

While the general public may only check a ripple once in a while out of curiosity there are a number of groups who would find Google+ analytics very useful, for example:

The size of the "ripples" lets us easily see who is generating the most secondary interactions and, therefore, is potentially most influential in relation to that post.

At each "node" of the Ripple we are presented with a list of the reshares at that point which not only show us what has been said but actually gives us a direct link to the share, unlike the normal post UI - very handy for interacting with the various threads of conversation around our content.

Ripples also enables us to track the life of an item over time and easily see the days or even times of day when content generates the most response - a marketers' dream. 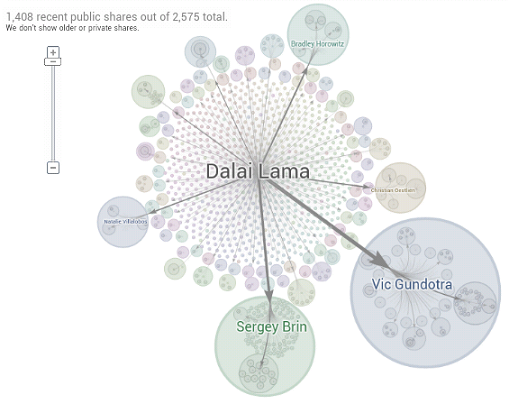 Whether Google leaves Ripples as it is or chooses to expand its functionality remains to be seen but there is a good deal of scope in this area.

Two ways in which Ripples could be easily extended to provide greater depth would be to report on a larger set of posts and to integrate interactions other than shares. These features would be, obviously, only for the account holder rather than a single Ripple being public information.

Assessing a range of posts (perhaps the last 10 or posts from the last month) could provide cumulative statistics and allow us to perform elementary trend analysis.

Average reshares per person over time would give a better reflection of their influence, as it relates to our content, than figures obtained from an individual item. We could also better assess the results of any posting strategy with regards to when content is submitted and the effect this has on the response.

If a Ripple could be made to report back on comments and +1s this would provide us with an additional wealth of information. An individual share may not get many reshares but might receive hundreds of comments; there is sometimes a reluctance to repost something that we know is already shared by multiple people in our circles.

Sentiment analysis on the content of share posts and their comments could give a more accurate reflection of how an item was received - it's no good just getting a huge chain of reshares if the reaction is all negative. We could also do a comparison to the tone of comments on any given share based on the way the original share took place: does the tone of a share directly influence the sentiment within its comments?

As it stands, a Ripple gives a good indication of spread but this alone might be misleading, analysis of the feelings around that shared content will give brands an excellent insight into what they may be doing right or wrong.

Over to you Google

Unlike ranking systems such as PeerIndex and Klout (which has taken a lot of flak just lately) Ripples offers a simple, visual examination of exactly what happened with regards to particular content - no messing about, no mysterious algorithm, no attempt to categorise anyone and, most importantly, no battle of egos.

What has started life as a bit of a gimmick, albeit a particularly impressive one, could grow into one of the easiest, most user-friendly and accurate analytics tools available.