Is Facebook adapting to the "social norm" or has the perceived threat from Google+ caused it to go against the grain in a thinly veiled attempt at user retention? 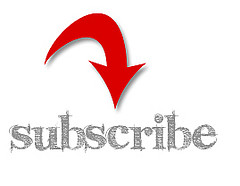 Facebook periodically goes through times of change, especially around the f8 developer conference, but often these changes are largely cosmetic giving us redesigns or updated ways of doing the same things.

Without any real competition Facebook has been able to coast along - a little tweak here, a new design there - but recently the social status quo has been disrupted and the changes we are seeing have been more specific, more focused.

Unlike previously, all these features appear to be in direct response to the challenge posed by Google+.

We have always known exactly where we were with Facebook: while privacy settings may sometimes be over-complicated or unnecessarily hidden away there is the ever-present safety net of the "friending model".

Indeed, Facebook has prided itself on the very nature of the friending model and the security it affords; relationships are synchronous and, therefore provide a level of trust not available with a following model where anyone can see you.

By requiring confirmation that you "know" someone before they can see your updates and can interact with them you are in control - the follower model does not, by default, provide this.

With subscriptions, however, Facebook have gone against the grain and given us a means to implement the follower model directly at odds with the way we all know the site operates and are familiar with.

Yes, we have to enable subscriptions for our profile (can you imagine the public outcry over privacy if they were enabled by default) so we are explicitly "pre-approving" connections made in this way but, at first glance, it still seems to fly in the face of everything that Facebook has held itself up to be. Should we be concerned?

Fan pages for the masses?

The fan page is, obviously and by necessity, separate from your personal wall; its whole purpose is to be public so that followers can easily subscribe to updates about brands, celebrities, services, events, etc. Our personal walls are different. By design they are restricted and, in the simplest of terms, the friending model lets us the choose who we can see our wall and interact with it.

We may need to make the odd tweak so that, for example, our boss doesn't see something we would prefer they didn't but friending is the core control.

The impact this has on our use of Facebook is enormous as the onus firmly shifts to the user to ensure that they are sharing correctly to the right groups; once we have crossed the line we can no longer rely on the friending model to reduce the impact of any mistakes.

Groups or lists have never played a large part in the way most of us have used Facebook but they are now pushed to the fore in a way that directly mirrors the operation of Circles on Google+ enabling us to use the same feed for different purposes based on the target audience of each item.

Who is subscription for?

Will the majority of people enable Subscriptions to their profiles? Probably not, but those that do are negating the need for friending especially if they enable the option for subscribers to comment on public posts. By allowing anyone to view our updates and interact with them the friend limit becomes irrelevant.

With Subscriptions, is Facebook purely reacting to Google+ or is it going one step further by allowing us to divide our relationships within the service into two distinct categories: the traditional friend and the casual acquaintance? Friending could be reserved for those closest to us and our other connections made by way of subscription. We may well have bilateral following (as on Twitter or Plus) but there is not the trusted link as with actually friending someone.

Has Facebook accepted that the friending model may not fit everyone and is therefore giving us a choice or is this purely an attempt to retain users by reducing the need for them to go elsewhere, as I have mentioned before.

We do not know the real reason for these changes (although we can have a good guess) as all services will adapt to closer conform to the "social norm" but it remains to be seen if Subscriptions will eventually replace friending altogether; that would be a sorry day for Facebook as it will have lost one of its biggest differentiators.