What will drive Google+ adoption?

A growing frustration amongst Google+ users over functionality and talks of a large percentage abandoning their accounts leads us to wonder how the service will grow and attract users. 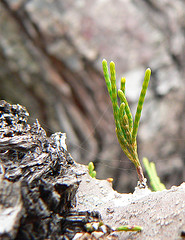 I asked last week if Google+ needed to quickly go public in order to grow as usage of the site seemed to be declining from a peak in July. Even if the service were to be opened up now how would Google encourage users to join?

Listening to the discussion about Google+ on last Sunday's episode of This Week in Tech the one comment that really stood out was "everyone is on Facebook because everyone is on Facebook" - if you want to connect you can't afford not to be.  Scoble has said (on Plus of all places) that Facebook "owns" people.

How does Google+ compete with that? It can't, directly.

If Google cannot immediately compete with Facebook for getting new users off the street and in the door what will their angle need to be? What will be the tipping point for the adoption of Plus?

The Suggested User List, while not courting favour with many, does at least show us one thing: Google are thinking about the interest graph. By breaking down the suggested users into their groups - news, tech, politics etc. - they are helping users to "follow their interests", with forgotten of labelling and filtering this could potentially be better than Twitter which uses this line as its hook.

While the Stream component may feel like it Google+ is not just a social network and the stream is only a part, albeit the most visible part. We cannot yet appreciate it but the stream is the glue that will bind the Google ecosystem together, an aggregator of our actions in other Google services and a place to discuss and communicate with others about our activities.

Google hopes that the social layer they are building will add sufficient value that we will want to use their services more and more so that we they can build our usage profile while we populate our personal one.

Google are shelving products and streamlining their offering - those products will live on, however, because of the integration of their various technologies in to Plus.

Will Latitude exist as a separate service or will it be integrated into the location functionality of G+? How about Knol? The FAQ states: "Knol has one goal: to help you share what you know" if it's all about sharing then could this also be integrated - we have circles to replicate group owned knols.

By migrating users of other discontinued products Google could coerce people into adopting the new service. Additionally, by offering social functionality elsewhere Google will be getting users to join Plus by the back door.

Sharing a YouTube video? Have it posted to Plus automatically so that it may be discussed while the comments flow back and forth between the two sites; the same with Picasa (this is mostly already there) and Blogger etc.

This will only happen once Plus is public and fully integrated - a long easy off - but this degree of integration may deter some.

Currently, the refreshing thing about Plus for many is the lack of API - there is no way to auto-post from anywhere; all sharing is deliberate and targeted. Fast forward 6 months once we have an API and integration into a multitude of outside services could cause upset due to untargeted 'noise'.

We have people on Facebook, Twitter and, from the Google perspective, on Buzz who will block or unfollow others who are automatically feeding in their updates from other networks - tweets in to Facebook or Buzz, Foursquare check-ins amongst others in to Twitter.

What, a few years ago, seemed to be a utopian dream of interconnected social services all sharing data has, instead, become a fight to stave off the noise.

Plus must learn from Buzz and FriendFeed by providing effective filtering methods such as hiding all updates from certain services (hide tweets, mute Google Reader posts) etc.

One concern is that Google+ will, perhaps by necessity, move away from its basic tenet: "real world sharing".

Everything that happens now is shaping the service for the future. Google will, no doubt, have in mind a plan of what is to come but they are also reacting to the community. They must strike a sufficient balance to prevent a similar problem faced by Twitter where the user and ecosystem drove the development of the service.

There may have been around 30 million accounts created but if the rumours of approximately an 80% attrition rate are true we are left with the active users being mostly the edge cases. The worry is that the service may get built around these and isolate the more casual user, something I wrote about before over 3 years ago.

The growth of Google+ will be hard but worth the fight.