The impact of social media on journalism. 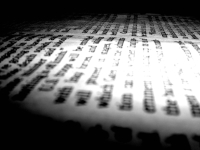 After the blog post on the BBC, Sky News tonight ran an item on the events around Twitter breaking the news of the earthquake in China and had approached me to appear on TV as an 'expert'. Unfortunately, this was too short notice and I was not able to go along but it illustrates the interest mainstream media is now having in social media as a tool for modern journalism.

As I mentioned yesterday twitter is ideally placed to distribute quick updates and 'spread the word' but with a 140 character limit cannot possibly be used as an authoritative news source.

Recent discussion has posited the idea of comments on twitter much like FriendFeed - with the speed and ease of Twitter combined with the facility to add more details a service would be ideally placed as a 'go to' source for as it happens, on the spot reaction.

Yes, mainstream media has the obligation to check the facts and ensure they are providing as accurate a story as possible but the world - and media - is moving at an ever increasing rate. Mainstream media needs to keep up and the media watchdogs need to be realistic with the expectations placed upon journalists in this fast paced environment.

If mainstream media had been watching as Scoble was they could have reported a solid, breaking headline within 5 minutes of it happening but you can't be watching everything (despite Scoble's best attempts to do so). What do you do? Hire an army of researchers to monitor social media services 24 hours a day in case you get a scoop?

It is more likely that media organisations will have an outreach on the main social media services instead of just having their RSS feed pumped out to anyone wanting to subscribe. Just as they currently ask for text messages or photos there will be a social point for the public to get in touch with any breaking news. As search tools for social media services become more advanced news desks can be alerted to keywords and trends and then use the data they gather to enhance the traditional channels of delivery.

These events remind us that we are now more connected than ever and, as such, expectations as to our availability are increased. We live in an always on world with 24/7 coverage and, if at all possible, we should seize opportunities whenever they present themselves. I will be making a few changes at the blog in order to reflect this.

Thanks for taking a proactive approach to social media in journalism. Here's recent post regarding social media and journalism from another perspective: (http://tinyurl.com/6yyllm)

[...] that blogs and social media are having an effect on mainstream media.  The tide is changing.  This blog talks a lot about the 24/7 world we live in.  We have become a universe that never sleeps.  [...]